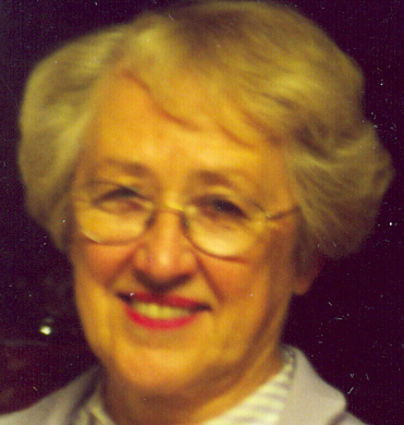 Virgie attended school in Smith Center, Kansas and worked at her mother's cafe, The Hamburger Inn. It was at the Hamburger Inn that she served a piece of pie to a gentleman that would become the love of her life. She married that gentleman, James A. Logan on March 2, 1952. Together they had two children, Steven J. Logan and Connie M. Logan.

The Logan family moved to Worland Wyoming in 1955 and that became home until 1972. Virgie was active in Missionary Circle and as the superintendent of the Youth Department at the local First Baptist church. Virgie worked outside the home at the Ben Franklin Store, and at Montgomery Ward Catalog store. She was active in raising her children and covered them in prayers as they graduated and left home.

In 1972 Jim and Virgie moved to Powell, Wyoming. Her interests and activities included owning and operating a dress shop, secretary to the Hospital Board, and sales and administration for JC Penny's. Virgie served a term as the president of the Business and Professional Women's Club in Powell, Wyoming and received the Distinguished Business Woman of the Year award. Virgie and Jim became foster parents after their children went away to college and took care of a dozen children from the ages of birth to 16 years old over a period of 20 years. Doris Card was a special foster daughter that became like family.

Virgie loved the simple pleasures in life; spending time with her family, visiting with friends and seeing God's glory in nature. Virgie lived a full life full of adventures and love and few regrets. Virgie loved her lord and Savior and never missed an opportunity to share that love in both words and actions.

Virgie has also lived in Greensburg, Kansas, Cheyenne, Wyoming and Sidney, Nebraska. Virgie made Killeen Texas her home in 2016. She belongs to the First Baptist Church of Killeen.

Virgie was preceded in death by her husband, James Logan in 1994. Virgie is survived by her son and daughter-in-law, Steve and Sandy Logan of Casper Wyoming and her daughter and son-in-law Connie and Dan Jackson of Harker Heights, Texas. She also has six grandchildren and eight great grandchildren. Her extended family included her six immediate brother and sister in-laws, their families and the multiple close friends she made every place she lived over her abundant 85-year lifetime.