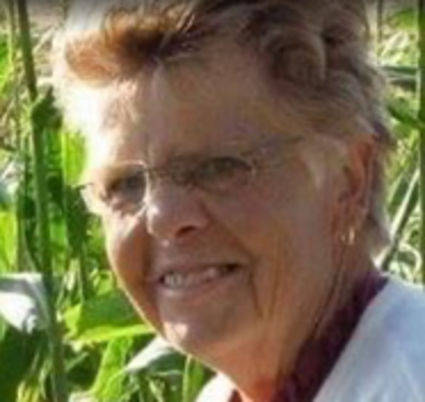 Fort Walton Beach Florida - Delaine Smith, 71, passed away in the arms of her children on 6 Feb 2021 from complications of Crohn's Disease. She was born on 25 Mar 1949 in Twin Falls, ID.

She grew up as the second oldest of five girls in Twin Falls. Shortly after graduating Twin Falls Senior High in 1967, she met Stan Abell at Redfish Lake, ID while they were both working summer jobs. They were married on 7 Jun 1969 and soon moved to Worland, WY where they started a family. After their divorce, she and the children moved to Fairfield, ID to help with the family store. In Fairfield she met her late husband Michael W. Smith, who she married in 14 Apr 2001 and moved to Nampa, ID. After Mike's passing she moved to Shalimar, FL to live with family.

She will always be remembered as a hard working woman, devoted mother, and possessing a wicked sense of humor. In Worland, she worked for a short time at the Daily News in Worland and decorated hundreds cakes for spending money. In Idaho, she worked for many years at the Camas County Senior Center as a cook and bookkeeper. In Nampa she became a fixture of the Northwest Nazarene University's cafeteria staff. She adored the NNU students, many who saw her as their own surrogate grandmother. She loved hunting and fishing, especially the epic antelope hunts with Stan and their friends and fishing with Mike on their boat in Idaho. She was a creative and skilled crafter, who loved making costumes and disguises. Additionally, she was devoted gardener and canner, likely giving most of the food away.

She is survived by the father of her children, Stanton J. Abell Jr., her children Brian Abell, Darcie (Abell) Armstrong, seven step-children with Mike, and many grandchildren and great-grandchildren. She is also survived by her four sisters Sandra Manker, Elvauna Lloyd, Marva Berger, Patrica Zahm. She is preceded in death by her husband Michael W. Smith, grandchildren Levi Stewart and Ben Hughes, and parents Eldon and Lavaun Fite.

Her wish was for a private service for spreading of her ashes. In lieu of flowers or gifts, others are encouraged to make a donation to the Delaine Smith Memorial GoFundMe to assist her family with her funeral expenses, with excess funds going to her nephew for his fight with Crohn's.