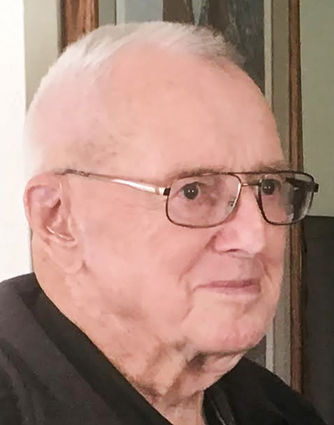 Longtime Ten Sleep resident, Gene C. Anderson, 93, died Thursday, February 18, 2021 at the Billings Clinic from complications related to a recent surgery he had undergone to repair a broken hip.

Gene was born in Ten Sleep on November 6, 1927, the second child to Rouse and Zula (Arnold) Anderson. He went to school in Ten Sleep, graduating in 1945. After high school, he graduated from Northwest College in Powell in 1949, then returned to the family ranch before joining the U.S. Army in 1951. During his five years in the Army and Army Reserve, he rose to the rank of Corporal while serving in the Korean War and also spent time in Japan. Discharged in 1956, he graduated from the University of Wyoming that same year with a bachelor's degree in agriculture, once again returning to the family ranch. At this time, he moved across the street from his parents' home, where he spent his free time cleaning up the stockyards around his home, planting grass and trees on the land that would eventually become Ten Sleep's town park.

Gene loved flying and in the early 1960's, he got his pilot's license and became a part owner of a single-engine plane. In 1962, he met Doris Busch and took her flying on one of their first dates. Although this was one of his favorite flying stories, he often shared other tales of his flights even in the years when he was no longer a pilot. After a two-year courtship, Gene and Doris married in a small ceremony in Buffalo, Wyoming on June 3, 1964. When asked why he had waited until the age of 36 to get married he replied, "I just hadn't met the right girl yet." Together, Gene and Doris raised three boys on the family ranch that was then run by Gene and his brother, James. There, they instilled in their boys a strong work ethic as well as love and devotion to family. Gene and Doris enjoyed following their boys' sports and academic achievements throughout their educations, a tradition that continued once they had grandchildren, who they both adored.

Gene became a Master Mason at the age of 21 and was recognized for 70 years of Masonic Service in 2019. He was very proud of his Masonic service, and he also valued education which is evidenced by the support he and Doris provided to their kids and grandkids, as well as the Ten Sleep Future Farmers of America for which they are honorary members.

A memorial service will be announced at a later date. In lieu of flowers, the family invites you to make a donation to the Ten Sleep FFA and send them to PO Box 524, Worland, WY 82401 or share an act of kindness within your own community. Online condolences may be made at http://www.bryantfuneralhomeonline.com