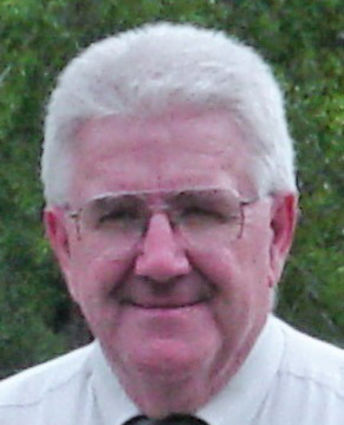 Butch Quail passed into Jesus's loving arms on February 23, 2021. Butch leaves behind his wife Lois Ann of 52 years and his children Sara Malone, her husband Brian and children Colten, Brandie, Trevor and Kenna of Star Valley Ranch; Barry Quail, his wife Sara and children Lincoln and Kellen of Westminster, CO; Tammi Nesheim, her husband Mark and children Katelyn and Rylie of Sioux Falls, SD; Terry Quail, his wife Krissy and children Julie, Adam and Micah of Worland, WY. Butch has now joined his daughter Amy Jean (1989-1997) in heaven along with his brother Leonard, his parents, and other loved ones.

Butch attended Sinai Public Schools in Sinai, SD from 1st to 10th grade. At that time, Sinai closed their school so he finished high school at Arlington High School in Arlington, SD. In school Butch was involved in many sports as well as band and choir. After high school he attended General Beadle State Teacher's College (now Dakota State University) in Madison, SD. He majored in history and physical education graduating in January of 1967. He later earned a Master's in Education Administration from South Dakota State University.

Following graduation from college he taught the spring semester at Lovell High School in Lovell, WY. He then moved to Pierre, SD where he taught 8th grade physical education and coached 8th grade football, basketball, and track.

Butch and Lois Ann Myers were married on July 14, 1968 after which they lived and taught one more year in Pierre, SD. They then moved to Lake Andes, SD where Butch taught and was the head varsity basketball coach for five years, taking the team to the State B tournament in 1971. Sara and Barry were born during this time. In 1975 the family moved to Spearfish, SD. Butch taught high school and coached basketball (taking the team to the State A tournament in 1975) as well as serving as the school's athletic director. Butch was the first coach in South Dakota to have teams win games at both the State A and B tournaments. Tammi and Terry were born while living in Spearfish.

In 1984 the family moved to Worland, WY looking for a different type of work. He worked as business manager for Gibbons Company for 20 years. During that time the family also owned and operated the Daylight Donut Shop for many years. Amy was born in Worland in 1989. In 1997 she went home to be with Jesus. After leaving Gibbons Company in 2003 Butch worked at many other things to support the family. Butch was a long time, faithful member of Big Horn Independent Baptist Church.

After retiring in 2014 Butch and Lois enjoyed camping in the Big Horn Mountains as well as traveling to different locations to camp with Butch's siblings. Many trips were also made to visit kids and grandkids as they came along.

Services have taken place. Arrangements have been entrusted to Veile Mortuary.