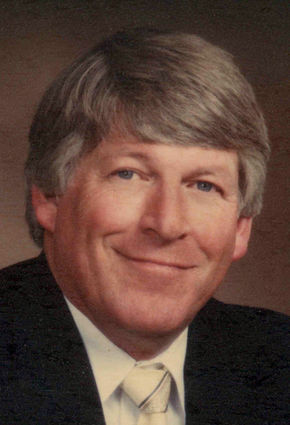 Rich was born July 21st, 1943 in Greybull, Wyoming to Harris Alvin and Doralee Mills. He grew up on a ranch in Basin, WY, and loved to share stories of his work on the ranch as a kid. He loved spending time in Powell with his Grandma and Grandpa Wales and his aunts Loretta and Elaine and uncles Duaine and Harry, who were like siblings to him.

He married Dee Ann Spann in 1965 and had their two children Todd and Michelle in 1968. They were later divorced. When the family moved to Worland, Rich owned and operated the Conoco Bulk plant and delivered fuel and oil all over Wyoming and Montana. He continued a full career in the petroleum industry for 50 years with various companies and job titles. He retired from Tesoro in Washington in 2010.

He married Marilyn in 2011, and they moved to the North Fork outside of Cody in 2013 where he could enjoy the Wyoming mountain scenery and wildlife he loved so much (with his strategically placed binoculars). He was a very giving man who cared about so many people and so many different things. He put his family above all else, was incredibly proud of all of them, and loved to tell people about them. He loved to snowmobile and make trips to the lake and the family cabin with his kids as they grew up. Rich continued to hunt and camp frequently throughout his life. Some of his proudest accomplishments were the 3 sheep wagons he built and his son or daughter (depending on if you ask Todd or Michelle). He was a jokester, a master of sarcasm, and could take over any room with his commanding personality and humorous phrases (ex, "Why don't you eat something closer to you?" when asked to pass food).

He is survived by his wife Marilyn, his children Todd (Kinga) Mills and Michelle (David) Doyle; step-children David Wright and Joan Huntley; and grandchildren Tarryn, Landan, and Kellynne Doyle and Kiana, Cade, Summer, and Demi Mills; and his cat Molly.

Memorial services will be at Ballard Funeral Home in Cody, WY on Friday March 19th at 10:00am. The service will be followed by burial at the Greybull Cemetery at 12:30pm. In lieu of flowers, donations can be made to the Big Horn Basin Cancer Center in Cody, WY. Condolences can be sent to Rich's family on his memorial page at http://www.BallardFH.com