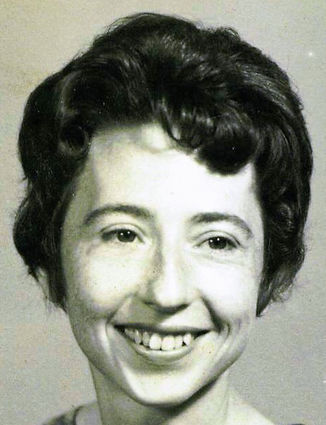 Margaret Ellen (Pickett) Bleak passed away at her home surrounded by family on March 23, 2021. She was born on January 22, 1939, to Charles William "Pap" and Esther May "Es" (Clendenning) Pickett in Lander, Wyoming. Margie grew up on the HM Ranch at the head of the DuNoir Valley west of Dubois, WY. After graduation, she married Henry Louis Butler on June 29, 1957. Together they operated the ranch for a year before moving to a ranch on the South Fork of the Shoshone River in Cody WY; then to Jackson, WY; and finally back to Dubois. From this union three children were born: Michel, Cynthia, and Kelly. Sadly, Lou passed away in 1967. Now a widow, Margie packed up her three kids and attended University of Wyoming and then a medical technician school in Denver, CO. She moved back to Dubois, where she met Douglas Bleak in June of 1968, and they worked together at Brooks Lake Lodge (owned by Margie's parents) on the Togwotee Pass. Doug and Margie were married on August 15, 1968 in Arco, ID. They added three more children to the family: Shawn, Karen and Justin. Their first home was on Sunnyside Lane near Thermopolis. But, their adventurous spirit took them from Wyoming to British Columbia, Canada; to Idaho; then Alaska; and finally, in 1992, back again permanently to Winchester, WY. Together they built homes, moved cows, and raised babies, both two and four-legged. Margie had many passions, including gardening, cooking, canning, and running a small farm. She worked harder than anyone else. Ever. But most of all, she was passionate about her family: her husband, her children, grandchildren, great grandchildren, nieces and nephews, cousins, and everyone else's kids too. She is preceded in death by her parents; her brother Bill Pickett; her son Michel Butler; and her grandson Taten Bleak. She is survived by her husband of 52 years, Douglas Bleak; sons Shawn Bleak and Justin (Kendra) Bleak; daughters, Cyndi (Dave) Ondriezek; Kelly Stephenson; and Karen (Ron) Rimmer; sister Lois "Mimi"(David) Bleak; 24 grandchildren; 29 great grandchildren; 17 "adopted" children; and a very large extended family. She was greatly loved and will be forever missed. Cremation has taken place and she requested a Celebration of Life at a date to be determined.