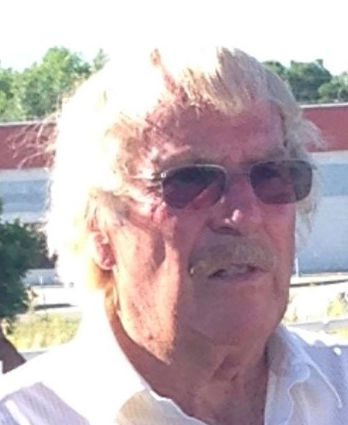 Robert Ray Alford, born in May 1944 to Raymond and Alice (Wagoner) Alford was destined to live life full throttle. In his very early years, he was modifying and racing bicycles, and winning! Very early on he realized he was a poor boy competing in a rich man's world. He modified his meager bicycle with a God-given mechanical gift and bike parts from the junk yard. His junk yard modified bike whooped the butts of the rich boys' bikes. Early on he was taking their money in races, that scenario continued throughout his life. His GOD-given ability to take something and make it better on little or nothing was applied to whatever he touched. He spent his life modifying and improving on what brilliant engineers had made. His GOD-given gift to know just what a vehicle needed to go faster and better was complimented with his GOD-given gift of driving. Robert was able to become one with a vehicle, knowing instinctively exactly what it needed at any moment. That gift enabled him to be a force to contend with even against the very best with unlimited funds. He worked very hard and very long hours to save every dollar to contribute to his passion. People around this area and beyond know and call him a legend. He dominated the streets, the hill climb, the racetrack, leaving many in his tracks.

He was a handsome man of great stature, observed and commented on, even in his very last days. He was a born leader, who carried with him an authority and presence that was recognizable wherever he went. This enabled him to go places and do things that would have stopped most. Yet in this powerful presence, he wore with ease, was a gentleness and a kindness that would continually cause him to attract and welcome the broken and hurting along his way and encourage them to rise up and reach higher. His handsome and commanding presence naturally caused him to be, as they say, "a woman magnet". Many came and many went but only one stayed by his side. Her name was Vickey and through thick and thin she remained. Loving and supporting him for 47 plus years. Together they touched many lives and were "one" in a way that only a very, very few achieve.

In Robert's final years he finally found that which he had always searched for, that which he was created for, and that Being he came to know and love...his Creator. With even a greater passion than his love for cars he ran the race to know the ONE Who had made him. The Presence of GOD in him made him totally complete for the first time in his life. He spent his last days running the most important race of his life at full throttle just like he did every race. Nothing could turn him aside from it, he was determined to "win the prize" as the Apostle Paul said. And so this great man's story ends here on earth and yet is carried on in the legacy he made. Now his story continues on in Eternity as he joins the "Great Cloud of Witness" cheering on those he left behind to run their race at full throttle as well.

Eternal thanks to our Rabbi Michelle, who tirelessly traveled to pray for and minister to Robert and I. You were by our side as Robert was making his journey and when he completed his journey. You have been a constant source of strength to me after. Your reward will be great! Special thanks to Clint, Kevin, Scott and Mike. You exemplify Matthew 25:39-40, "When did we see you sick, or in prison, and visit you? And the King will answer them, Truly I tell you, whatever you did for one of the least of these brothers and sisters of mine, you did for me." And Proverbs 18:24 (RSV) "There are friends who pretend to be friends, but there is a friend who sticks closer than a brother."

You boys walked out these verses and were by his side through the good and bad. I will always carry with me a lot of deep love and respect for all you have done. I love you! Shalom Vickey.

To watch the celebration of Robert's life, please go to this link: https://us02web.zoom.us/rec/play/agN5Jp6UTXhutyqCzUmt_ujC96eeYfXjQrkZaGLlwk54eVPkwo_qCCybaiw6Vxyxhje-sJIWRd4rsTdh.hXVamhkSAVWxBfTi?continueMode=true&_x_zm_rtaid=jjOGmsjfR2a-kG1u6AXAmg.1617921899094.1fced6ea5282d073b9e6b6a447c3ef8d&_x_zm_rhtaid=100

On May 1, 2021 there will be a muscle car gathering/ parade "Full Throttle and Fearless" held in Robert's honor. The car show will begin in the Napa parking lot at 10 am and the Cruise will begin at 6:00 pm. Bob Alford may be gone, but never forgotten.

Online condolences may be made at http://www.bryantfuneralhomeonline.com.