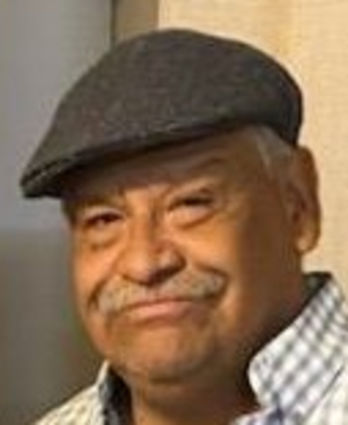 Christopher James Rangel went to be with the Lord April 16, 2021. He was born November 25, 1963 in Worland, WY to Ruth Mackmiller and James Rangel. He spent his early years in Worland and learned the values of hard work with his Grandpa Tony Pimentel. Through the years his Uncle Steve Pimentel was his mentor and was a large influence in his life.

He met his soulmate Nancy Jo Barsness, his high school sweetheart, and they were married in 1983 and raised three children together. Chris and Nancy moved to Bozeman, MT in 1986 and Gallatin Valley is where they made their home for the past 38 years. Family was very important to Chris and through the years the family took in or helped family members, wayward teens, and others he came across that needed assistance. He had a special place in his heart for the elderly and was very empathic with them.

Chris was his own man and successfully ran his company "Rangel Construction Services" for 20+ years, he was very passionate about concrete, "getting in the mud" was the highlight of any day. He taught many many young men the trade, the importance of hard work and outstanding work ethic. In his later years many of these young men would stop by and visit him, all with memories of their time working together. He was a man of many talents and enjoyed sharing his knowledge.

Chris taught his boys, Nick and Jon, the trade making him proud as they both established solid reputations in the industry as hard workers with an excellent work ethic. In his later years, his source of pride was involving his daughter Felicia and grandkids in the business day to day, they all loved to work with their Papa.

Chris was an active member of the Belgrade Church of Christ and had a deep love for his Church family. He was well known throughout the community for his willingness to volunteer and serve.

Chris enjoyed the outdoors; camping, spending time on the river taking out his drift boat - he may have never mastered the art of fly fishing but that never stopped him from trying. Family and fishing were very important in his daily life. He truly used fishing as a source to get closer to the Lord. He found peace, specifically on his home water the Madison River.

He believed in strong family values and passed that onto his grandchildren, they provided him a source of never ending love always keeping him on the go. He felt truly blessed, they were a huge part of his daily life.

All who knew him can agree that he had a larger-than-life personality who could always be counted on to be the life of the party. He could provide a quick often sarcastic (from the heart) remark to any situation. He will be remembered for his straightforward no filter approach to life. He lived by the motto "do what you say" and always wanted the best for everyone. Chris had many friends throughout his life and always made a lasting impression.

He will be dearly missed and forever loved.

Chris is survived by his wife Nancy, sons Nick and Jon, daughter Felicia, mother Ruth, brothers Craig, Calvin and Jeremiah, and sisters Toni and Tami. Chris is also survived by his grandchildren, who meant the world to him and him to them - Vincent, Landon, Gabriel, Sophia, Harmony, Miah, Isabela, Roman, Josephine, Johnny, Nico, Victor and Alivia.

Condolences & memories may be shared with the family at http://www.dahlcares.com.