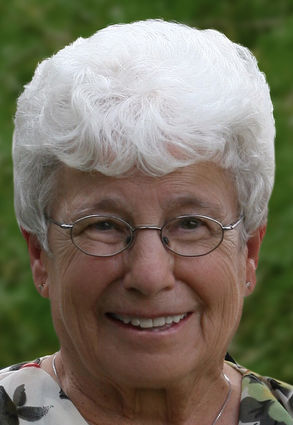 Neva Eloise Bentley was a loving wife, mother, grandmother, great-grandmother, friend, and teacher. She left our world on May 18 at Worland Healthcare and Rehabilitation Center, where she received loving care. Neva was 94.

Neva was born November 20, 1926, in Lyons, Nebraska, the daughter of Julia and Harry Ehninger. She grew up on a farm outside of Lyons during the Depression. Neva graduated high school in Lyons, and then four years later, she graduated from Midland College in Fremont, Nebraska. She secured a local teaching job and purchased a suitcase with her very first paycheck, which foreshadowed all her future travels.

In 1951, she continued her career as a first-grade teacher in Greybull, Wyoming. There, she met Robert (Bob) Bentley, and they married in Billings, Montana, on July 3, 1953. Neva's love for learning continued throughout her life, and in 1974, she earned a Master's Degree in Reading from Eastern Montana College in Billings. When she was 66 years old, Neva retired after 42 years of teaching.

Neva was a member of First Presbyterian Church, Delta Kappa Gamma, and a fifty-year member of P.E.O. She enjoyed traveling, reading, playing cards, and spending winters in Yuma, Arizona. Most of all, Neva loved spending time with her family and friends.

Her husband, Bob, and her parents, Julia and Harry, preceded her in death. Neva is survived by her son, Mark Bentley of Yuma, Arizona; her son Alan Bentley and his partner Robin Anderson of Worland; her daughter and son-in-law Barbara and Bernie Robertson of Monroe, Wisconsin; her daughter-in-law Susan Hendry Bentley of Casper, seven grandchildren, and eleven great-grandchildren.

Memorials in Neva's name will be received at Big Horn Federal Savings Bank, Box 471, Greybull, Wyoming 82426. Funeral services will be held at First Presbyterian Church in Greybull later this summer. Arrangements have been entrusted to