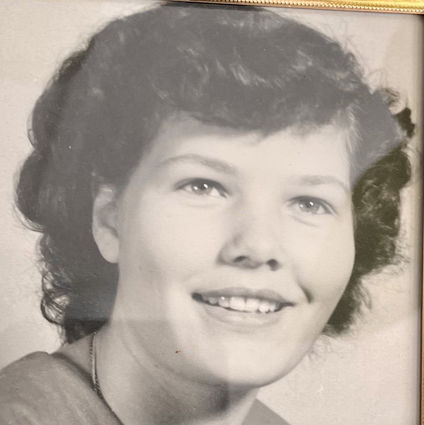 Patricia Winn passed away on December 26, 2020, at the Wyoming Medical Center in Casper, WY. Pat was born on March 19th, 1939 in Dodson, MT to Tom and Mary Cotter. She had an older brother (Kelly) and a younger sister (Kathyren). Her family moved to Worland, WY, when Patsy was in high school.

She graduated from Worland High School in 1957. In 1957 Pat married Robert (Bob) E. Winn, also from Worland, WY. In 1959, due to Bob’s service in the Navy, they moved to San Diego, Mississippi, and then back to San Diego, CA.

In 1970, following her husband’s discharge, the family moved back home to Worland. Pat worked as a bank teller and as a receptionist. Pat’s husband Robert passed away in 1982. A few years later Pat moved to Casper, WY, to study nursing. She worked as a CNA for many years, then as a hospice aide and finally retired in the early 00’s. When she was younger, Pat was a National Bowling Champion and a part of the 600 Club.

Pat was a devoted Catholic and put her faith in God. She enjoyed bingo and travelling to Laughlin, NV.

She is survived by one brother (Kelly Cotter), two sons (Robert and Roger), 5 grandchildren (3 boys from Rob and 2 girls from Roger) and 3 great-grandchildren. She was a devoted wife, mother, grandmother and great grandmother.