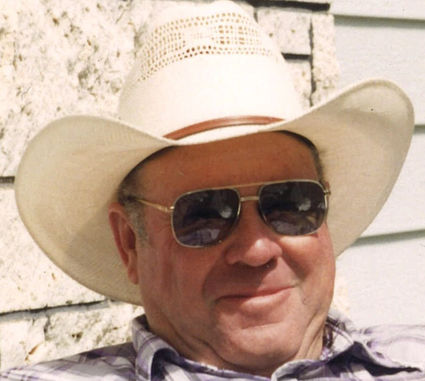 Gary graduated from Ten Sleep High School, as Valedictorian, in 1958. He then pursued a college degree at Utah State University in Logan, Utah, graduating with a degree in Animal Science. While attending there he met Nancy Earl, of this union in 1962 they had two children, Leslie and Dan.

Gary was active in his community and state. He served on many boards including the Wyoming Stock Growers Association, Washakie County Planning Commission, Key Bank of Worland to name just a few. He was an active member of the Ten Sleep Rodeo Association, where he and his brother were also pick-up men for many years. He was very involved as a member of the Ten Sleep/Hyattville Lions Club. He also testified as well as represented ranchers and grazing permittees from across the state, in Washington D.C.

Rice Ranch incorporated in 1914 and received the Wyoming Centennial Ranch award in 2017.

As a capable rancher with much business ability and executive acumen, Gary worked hard all his life for his profession and the bettering of Washakie County. His personality gained him many friends that he so enjoyed sharing time with. He was always willing to take the time to visit and tell a story with a friend or a stranger and lend a helping hand. A great horseman and cattleman he spent many hours tending to his cattle. He loved being on the range in the Big Horn Mountains, including High Park and Leigh Creek area every summer.

Gary Vernon Rice took his final ride over the Great Divide on June 16, 2021 surrounded by the country he so loved and cared for, he will be missed by many across Wyoming.

He was preceded in death by his parents, and his brother Ray. He is survived by his daughter Leslie; son Dan (Dani); grandsons Matt and Nathan Altner, and Corey, Brian and Evin Rice and one sister Joan (Dean) Liechty.

A Celebration of Life will be held 4:00 p.m. Thursday, June 24, 2021, at the Ten Sleep Park. Please bring your own chair and memories of Gary to share while enjoying music and the great outdoors that Gary loved so much. Memorial donations may be made to the Ten Sleep / Hyattville Lions Club and sent to PO Box 524, Worland, WY 82401. Online condolences may be made at http://www.bryantfuneralhomeonline.com.