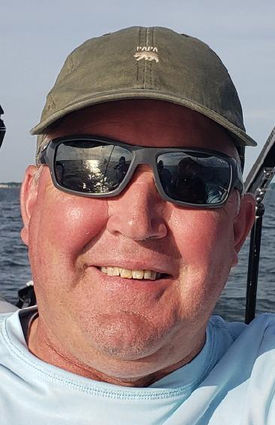 Larry Dale Wostenberg, Sr. was born a Pittsburgh Steelers fan on November 7th, 1966, in Worland, Wyoming and died to this life on June 14th, 2021 in the faith that his baptism into the death and resurrection of Jesus Christ. Larry was the middle son of Stuart and Connie Wostenberg, graduating high school in Worland Wyoming in 1985 where he focused his efforts on girls, beer, wrestling, and school bus driving. He was a semi-accomplished bare-back rider, breaking more bones than records. Most people don't know, but Larry was an Eagle Scout serving the community of Worland. Larry loved family, nature, camping, fishing, and hunting as a child and carried that passion into adulthood.

Larry received his associates degree in Automotive Mechanics from Casper College in 1987. With that degree Larry joined the family business of Stu's Auto and Truck Repair in Worland, Wyoming and worked there for 17 years. While in Worland, Larry married Shirley Ann Lewallen on September 25th, 1993. Larry served the community and state in the Jaycees, taking the role of Wyoming State President in 2000. In 2003 the happy family relocated to Laramie where Larry worked for WyoTech as an instructor. While at WyoTech he was named the instructor of the year for the 2010/2011 school year; his greatest honors, however, were the countless relationships he built with students during his tenure at WyoTech.

In 2018, Larry moved to Torrington, Wyoming taking a job as the THS Auto Shop teacher. Larry (Mr. Woo) found his true calling teaching high school students and serving as a mentor to many. Larry found a family at THS, he brought joy and merriment to the staff and helped students find a purpose in education. Mr. Woo took the high school auto program to a new level, offering students the opportunity to earn college credit for his classes. This Spring Larry exhibited the breadth of his skills by co-chairing THS' post-pandemic-prom. The highlight of the evening was the crowning of royalty and the students' reaction to Woo as he stepped onto stage. That is a memory that he cherished and spoke of often.

Above all, Larry was a giver who constantly sacrificed his immediate needs for the needs of others. It is cliché to say, but Larry's propensity to put the needs of others before his was his greatest attribute, and for that he will be missed by all and truly the world will not be the same without him.

Larry is survived by his wife Shirley, his children Devon, Chandra, Larry Jr. (Ann) and Colton (Kaitlin), his grandchildren Madeline, Blair, Joshua and Payton, his parents Connie and Stuart and his brothers Stuart Jr. and Rodney.

In lieu of flowers, donations are requested to be made to the Larry Wostenberg Memorial fund at Pinnacle Bank; proceeds will be used to help meet the needs of students in the community.

A funeral service will be held at Our Savior Lutheran Church in Torrington, Wyoming on June 21st at 2:00 p.m. A reception will be held immediately following the service at the Cottonwood Country Club. Arrangements are under the direction of the Colyer Funeral Home and friends may send condolences to the family at http://www.colyerfuneralhome.com.

Mark 16:16 – Whoever believes and is baptized will be saved.