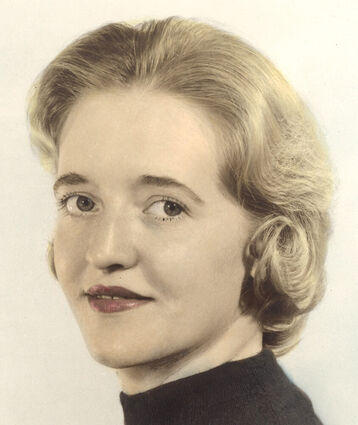 Beverly was born July 7, 1940 in Worland, the second child of Henry Jacob and Esther (Flack) Michel. Her early years were spent on the family farm. She received her education in Worland graduating from Washakie County High School with the class of 1958. She worked several years at Mountain Bell Telephone Company.

Beverly married Gary E. Hergert in Ashton, Idaho on June 15, 1962, the couple relocating to various towns throughout Wyoming with Gary's career in the oilfields. Upon retiring, they returned to Worland.

She was primarily a homemaker, also working several jobs throughout the years, making many friends along the way. Her hobbies were ceramics, sewing, reading, and listening to music. She loved music from her generation: Elvis, Gary Puckett & the Union Gap, and Neil Diamond, to name a few! As her kids grew up, she took an interest in the music they were listening to: Eagles, ELO, Fleetwood Mac, and Journey. "Jump" by Van Halen was one of Mom's favorites! She was also an animal lover, caring for and spoiling many four-legged members of the family.

She and Gary were members of St. Luke's Lutheran Church.

Beverly was preceded in death by her parents; brothers, Harvey J., Wayne A .; 5 sisters-in-law and spouses who she was very fond of.

Graveside services will be held 1:00 pm, July 24, 2021, at Riverview Memorial Gardens with Pastor Jared Korb officiating. Memorial donations may be made to St Luke's Lutheran Church or New Hope Humane Society and sent to PO Box 524 Worland, WY 82401. Online condolences may be made at http://www.bryantfuneralhomeonline.com