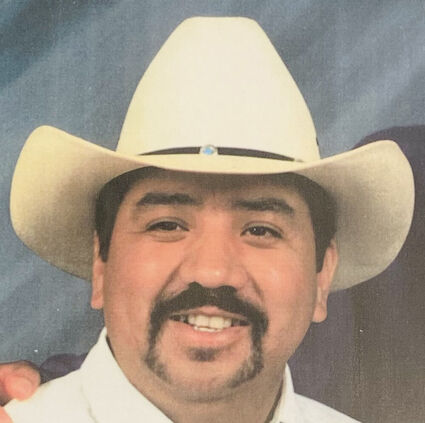 Vicente Herrera, 65, passed away on July 2, 2021 in Salt Lake City after a courageous battle with cancer. He would have said, "I was given a gift of life and I tried to make the best of that gift from my maker. That gift started on August 15, 1955 when he was born to Eduvijes and Ramona Herrera in Laredo, Texas. His family eventually moved to Brigham City, Utah as migrant workers. The summer of 1970 he met a young lady from Wyoming at the famous 91' Cafe which was their family business. On May 24, 1975 he married Grace Vargas who would be his life long partner for 46 years. From this marriage two children were born, Joseph Heath Herrera and Vicente Roel Herrera. They lived in Corrine, Utah until moving to Worland shortly thereafter.

Those years in Worland included employment at Admiral Beverage Corp. which later brought him to work with Admiral Transport as a driver. This started his long haul driving career with Swift as a certified trainer. His last adventure as a driver was with Sky Aviation as a fueler for the fire fighting vehicles. His work ethic enabled him to become the best family provider that was greatly appreciated by his family. His long hours as a shift worker and driver did not stop him from teaching his young boys to fish and his immaculate house, yard and vehicle upkeep.

A Vigil was held at 7:00pm, Thursday at the Mary Magdalene Catholic Church in Worland. The funeral Mass of Christian Burial was 10:00am, Friday, July 9, 2021 at the Mary Magdalene Catholic Church with Fr. Robert Rodgers as celebrant. Graveside services followed at Riverview Memorial Gardens. Memorial Contributions may be sent to the American Cancer Society, P.O. Box 22478, Oklahoma City, OK 73123. Funeral arrangements were entrusted to Veile Mortuary.