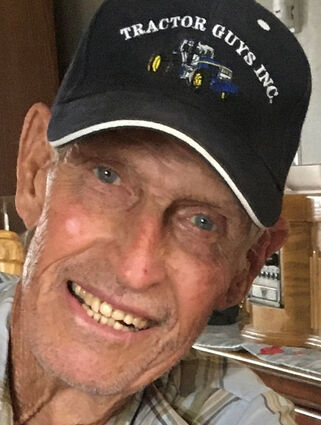 At 12 years of age Bill was sent from home to work at various ranches in the region. This is when he set a goal of being a rancher.

Before fulfilling his goal he worked various jobs including Uranium Mines in the Gas Hills, working and co-owning Daniels & Sons Construction with his Dad and brothers, and working for P.E. Grosch Construction Company. Most of these jobs involved operating heavy equipment but he was always willing to do whatever it took to get the job done.

In 1975, Bill and Barb fulfilled their dream of buying a ranch outside Thermopolis, Wyoming. Their kids also assisted in working together for the next 46 years. During this time, numerous nieces, nephews and grandkids spent their summers helping on the farm. When things got tight they created Daniels Custom Haying which had them farming, cutting, baling and stacking hay at numerous farms throughout Hot Springs County. Bill and Barb also ran a rural Postal route for 42 years.

Bill died Wednesday morning, July 21, 2021 at his residence surrounded by his family. He was preceded in death by his parents, grandchild, Kendra, and great grandchildren, Hunter and Kaylynn.

Graveside services will be Saturday, July 31, 10:30 AM at Riverside Cemetery officiated by Pastor Harvey Seidel. A reception will follow at the First Baptist Church.

Mortimore Funeral Home is assisting the family. Messages may be offered at http://www.mortfh.com.