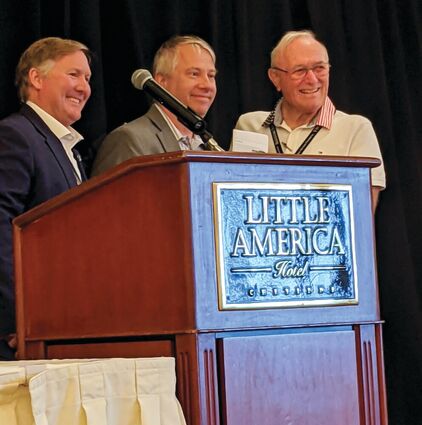 WORLAND - For the second year in a row, the City of Worland's nomination for Community Hero was selected as the regional award by the Wyoming Association of Municipalities. On July 15, Worland Rotary Club was honored with the WAM Region 3 Community Hero Award.

Worland Mayor Jim Gill made an award presentation before the council during Tuesday's regular meeting.

According to Earla Checchi of WAM...