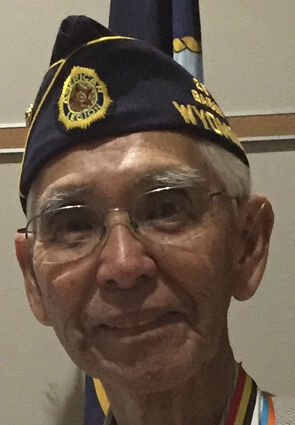 On July 30, 2021, Riki Shimogaki, loving husband, father, and grandfather, passed away at the age of 90 years old. Riki was born on October 5, 1930 in Seattle, Washington. He was the youngest child of Rai and Kamakichi Shimogaki. He enlisted in the Air Force and was stationed in Japan where he met his wife, Kimie. The two were married May 25, 1954. They raised three children, Joyce, Ben, and Janice.

Riki was a longtime resident and successful farmer of Basin, Wyoming. He could be found enjoying time on the golf course, where he won several tournaments, fishing, and participating in several local organizations such as the Basin school board, fair board, the American Legion, and the local Basin coffee group. Riki took pride in helping out his community and spending time with his family and friends. He was known for his compassionate and generous spirit. Character and integrity were important virtues to Riki.

A memorial celebrating Riki's life will be held at a later date. Arrangements have been entrusted to Atwood Family Funeral Directors.