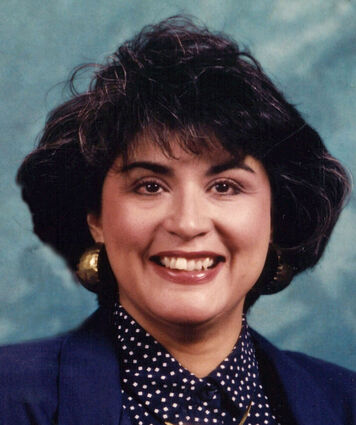 She was a first-grade student at South Side School, where she had Jeri Kyner in her first year of teaching. Esther and her family moved to LaRose, Louisiana in 1968 with Texas Gulf Corporation. Esther graduated from South LaFourche High School in 1977. Her classmates voted her most beautiful. The family moved back to Wyoming shortly thereafter.

Esther worked for Maurice's Corporation as a young woman in Rock Springs; during this time, she was routinely recognized as one of the company's most successful managers.

Through their mutual friend, Robert Smith, Esther met Charlie Sweeney in 1981. Right about the time Charlie accepted a full-time teaching job in Worland, Esther and Charlie were married on November 2, 1985. They have made their home in Worland ever since. They raised three children, Tara, Patrick, and Shelby. Esther loved nothing more, nor did she find greater joy than in her children. They were the very essence of her existence.

Esther worked for Washakie County School District #1 for almost 20 years. She loved her job, the children, and her coworkers. More importantly, they adored her.

Esther was diagnosed with Stage 4 colon cancer in August of 2017. She fought this monster of a disease like a valiant Warrior.

Esther was a devout Christian. She relied heavily on her Savior, Jesus Christ for strength and comfort.

We would like to thank her dearest friends for their love and care: Richard and Lori Schaal, Pat Anderson, Karin Sinnovich, Emily Herby, Jenny Fabela, Isa Bertch, and the medical staff at Washakie Medical Center, specifically Rachel Larson. A celebration of life will be held at the Washakie Museum and Cultural Center on Sunday, August 22, 2021, at 9:00 am. As a way of honoring Esther, the family asks that you wear a bit of Esther's favorite color, purple. In addition, the family would like everyone to consider making a donation to St. Jude's Children's Hospital at stjude.org in Esther's name. "Goodnight Sweet Princess, and May Flights of Angels Sing Thee to Thy Rest." Online condolences may be made at http://www.bryantfuneralhomeonline.com