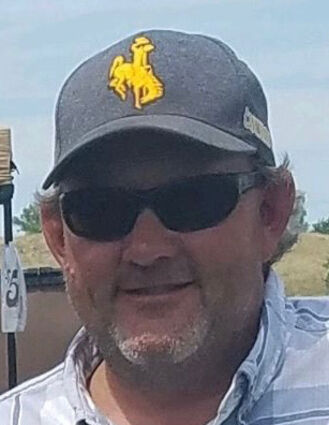 It is with many broken hearts that we announce the passing of Bart Allen Bader on August 13th, 2021 in Billings, MT. Bart was born January 9th, 1965 in Thermopolis, Wyoming to Carol and Martin Bader. Bart joined his older sister Melodi, and one of his fondest memories growing up was racing the trains outside Thermopolis on their horses. He loved spending summers in his younger years being mentored by Mike Ready working on his ranch.

Bart lived his life following his interests and handedly soared in everything he sought to do. While serving proudly as a Bobcat wrestler his talents were able to take him to state. From there he attended Central Wyoming College in Riverton and was part of the livestock judging team. While attending CWC, he was one of four to receive The Outstanding AG Student of the Year and granted High Individual Overall at the 1985 Great Western Livestock Show Horse Judging. Upon his graduation from CWC, Bart was granted a full ride scholarship for Livestock Judging to Chico State in California, where he flourished in his passion and obtained numerous accomplishments. Some of which included being named the High Individual Overall for livestock judging at the San Francisco Cow Palace and the Los Angeles County Fair. Along with accomplishments, Bart also gained friendships during his time at Chico, which he carried with him throughout his life. After college he followed his passion by volunteering his time teaching 4-H and FFA students in the Thermopolis area about livestock and horse judging. Bart later worked as a crude oil truck driver for many, many years. He blossomed wherever he was planted and took great pride in always doing the best job possible, no matter the task at hand.

Bart was known for having a big, loving heart, being a great horseman, and a one-of-a-kind individual with unquestionable integrity. Bart found true happiness in 2017 when he married Linda Reed, and instantly became a devoted husband, a loving father to her three children, and a doting Papa Bart to her seven grandkids. His attentiveness assured each one of them that he would never miss a single game, concert or activity. Bart was always protective, favored the underdog, and had a burning desire to instill good, solid values in those around him. Bart's smile could light up a room, and his chuckle could bring it to laughter, both of which will be sorely missed. A big part of Bart's life centered around quarter horses. He loved the red and blue roans and looked forward to the day he could teach the younger generation his horsemanship skills. Bart loved listening to all kinds of music from AC/DC to George Strait and was an avid sports fan who loved the Wyoming Cowboys.

A celebration of Bart's life will be held at the Hot Springs County Fairgrounds on Saturday, September 18th 2021 at one o'clock in the afternoon. In lieu of flowers, a Bart Bader Memorial Fund has been established thru Big Horn Federal Bank in Thermopolis, to help alleviate the medical expenses that have occurred.