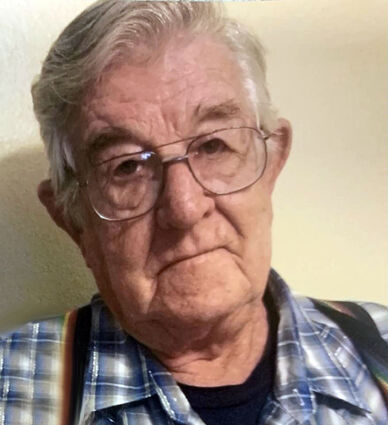 Bert was the first of seven children born to Uel and Marion Compton on September 10, 1938, in Basin, WY. The family lived in the Basin, WY area for several years, then moving to Vancouver, WA for a time so his dad could work in the shipyards during World War II. The family moved back to Wyoming while Bert was young and lived on the family homestead northwest of Gillette, WY until permanently moving to Sheridan, WY in June of 1948.

Bert completed all of his education in Sheridan. He was an avid track competitor and baseball player. He wanted to be a boxer and saddle bronc rider, but that didn't work out too well. Instead he worked at different ranches around Sheridan. Bert moved to Buena Vista, CO to work in the Molybdenum Mine and later moved to Aurora, CO to be an iron worker until he retired.

He married Betty Jo Morris, July 2, 1987, the love of his life. They traveled around the country, lived in Ten Sleep, WY for several years and settled in Miller, SD in 2006.

Bert enjoyed teasing family, friends, and the people he met. He was very hardheaded, but always very trustworthy and honest. He would help you with anything if he was capable.

Bert was preceded in death by his wife, Betty Jo; his parents: Uel and Marion Compton; sister, Sue Verley; and brother, Norman Compton.

He will live on in our memories as the instigator of getting everyone in trouble, but a very loving and honest person.

Reck Funeral Home of Miller has been entrusted with Bert's arrangements. Visit http://www.familyfuneralhome.net.