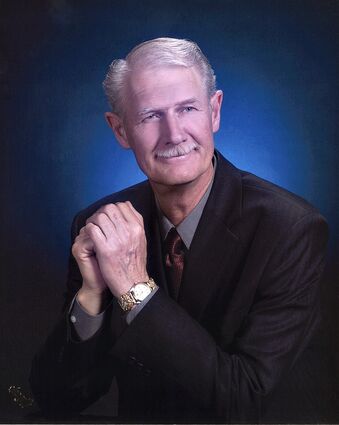 Ronald Dean Keller, 76, passed away at Billings Clinic in Billings, Montana on August 25, 2021, with his children and beloved Brigitte by his side.

Ronald was born in Torrington, Wyoming on August 26, 1944. He was the oldest of two children born to Raymond and Darlene Helen (Schwindt) Keller. He welcomed little sister, Linda just a few years later. He received his education, graduating in 1963 from Torrington High School. He excelled in sports during his high school years and later attended the University of Wyoming. During his time in Laramie, he joined the ROTC program, of which he was very proud. He returned home to farm with his father. Together they farmed in various communities around the state until the late 1970's. He purchased his own farm in Worland around 1972. Ron quickly earned the title, "cleanest farmer you've ever seen" due to his great care of the equipment and his attention to detail with his crops. He taught his children the way of farming, teaching organization and record keeping as well. Crops were to be planted in straight rows. Those tractors needed to be washed and polished until they shone. Records needed to be kept and organized. Vehicles were to be taken car of and traded off every two years. They also needed to sound good! A favorite memory of his children is driving up Washakie Ten in the 1968 Plymouth Fury which he had glass packs installed. You could hear them coming for miles away.

Farming wasn't everything though. He was very involved in the Fast Pitch Softball League in Worland. He played for the Coors team and traveled all over Wyoming to compete. He was also an avid fan of his children and faithfully followed them in all their activities and sports. Ron's children and grandchildren were so very important in his life.

After having some back issues and following a back surgery, he resigned himself to the idea that farming wasn't going to be a reality anymore. He wanted to stay in agriculture, so he took a job with the State of Wyoming as the Agricultural Inspector. He loved this job as it kept him in the farming communities around the state he loved. Part of his responsibilities was to calibrate all the pumps in the Big Horn Basin. He was also a spotter of the spray planes and helped with the State Fair every year in Douglas. His precision in record keeping helped him immensely in the job.

Retiring in 2004, Ron was able to finally put more energy into things he loved, like his family and his golf game. He and Brigitte became "Snowbirds" wintering in Arizona. He looked forward to yearly trips to Las Vegas, Nevada and St. George, Utah. Ron was a fan of the Colorado sports teams. They were HIS Broncos, Rockies and Avalanche. He had his TV where he could watch all these games, rounding the group off of course with the Wyoming Cowboy sports.

Ron was a man of integrity and true grit. His organizational skills were tremendous, but his best attributes were that he loved and cared deeply for his Brigitte, children and grandchildren.

Memorial services will be held 1:00 p.m., Wednesday, September 1, 2021, at the United Methodist Church with Pastor Kayilu Pfoze officiating. Inurnment will follow at the Riverview Memorial Gardens Cemetery. and sent to PO Box 524, Worland, WY 82401. Online condolences may be made to at http://www.bryantfuneralhomeonline.com.