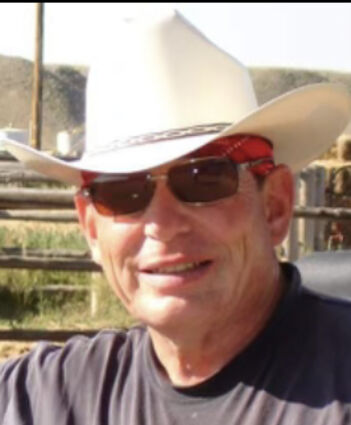 Timothy Robert Sanderson died on Friday, September 17, 2021 at the age of 73 in the Sheridan Memorial Hospital of COVID-19 Pneumonia.

Tim was born October 26, 1947 in Greybull, WY in the old hospital on south 5th Street to parents Nannon Lou (Harvey) Sanderson and Robert Leslie Sanderson. He had a very active childhood playing with his siblings and many neighbors on the acreage his parents owned on the east end of 5th Avenue North.

Tim received a wonderful education in Greybull schools and always remarked on the great opportunity he received to take many advanced math and physics classes from Nellie Mae Fletcher that helped him later in life. His first job was as a paperboy delivering newspapers around town on his bicycle in all kinds of weather. At 14 he worked on John Anderson's farm over the summer – a job for which he said not only strengthened his muscles but also enforced his "never-quit-no-matter-how-hard-it-is" attitude.

The summer after high school graduation, Tim went to work for the US Forest Service as part of their trail maintenance crew, where he loved living and working in the Big Horn Mountains. That fall, he attended Carroll College in Helena, MT. The next summer he joined the original "Hotshot" firefighting crew in Greybull and fought forest fires in Wyoming, Montana, Idaho, and California.

In March of 1968 during the Vietnam War, Tim joined the US Navy. His first two years were spent traveling up and down the East Coast going to various Navy schools and learning about electronics and submarine mechanics. He was later stationed on the USS Flasher - SSN 613 submarine in Pearl Harbor, Hawaii for five years. Tim was always proud of his contribution as a sonarman, where he participated in many under-water spy missions during the Cold War. After his military service, Tim went to work for the Federal Aviation Administration (FAA) as an electronics technician for 38 years until he retired in 2011.

In October of 1965, Tim met the love of his life, Jane Ellen Holthouse of Worland WY on a youth-group bus bound for a Catholic Youth Convention in Cheyenne when he sat behind her. They started talking and the rest is history. Tim and Jane were married in St. Mary Magdalen Catholic Church in Worland on May 27, 1968 – when Tim returned from Navy boot-camp and just three days after Jane's high school graduation. In life, Tim loved Jane deeply and felt it was his life's mission to live worthy of her affection and companionship. In death, he will patiently await the day they can rejoin hands and enter into eternity together.

The most important things in Tim's life were his family, his testimony of his Savior, Jesus Christ, and his membership in the Church of Jesus Christ of Latter Day Saints, which he joined along with his wife in August of 1972 in Hawaii. After six years of marriage on May 29th1974, they were sealed for time and all eternity in the Lai Hawaii Temple. Tim held many positions of trust and service as a member of the LDS church.

After the Navy, Tim and his family lived in Worland, Casper, and then moved back to Greybull in 2008 when his mother Nan had a stroke and his father Bob discovered he had lung cancer. Bob passed away in 2009 and Tim continued to be an invaluable help and emotional support to his mother – managing her rental properties, home, horse farm, and finances until her passing in January of 2021. Tim was always there for Nan.

Tim retired from the FAA in May of 2011. He loved learning and continued to study subjects from technology to politics and the gospel after his retirement. He bought a camper and two four-wheelers, and until the end of his life, Tim's greatest pleasure was spending time with his wife, children, and grand-children hunting and camping in his beloved Big Horn Mountains.

Tim will be greatly missed by his family and friends.

A visitation was held on Friday evening at the Atwood Family Chapel in Greybull. Private family funeral services were held Saturday, September 25, 2021 at the Church of Jesus Christ of Latter Day Saints. Funeral Arrangements have been entrusted to Atwood Family Funeral Directors.