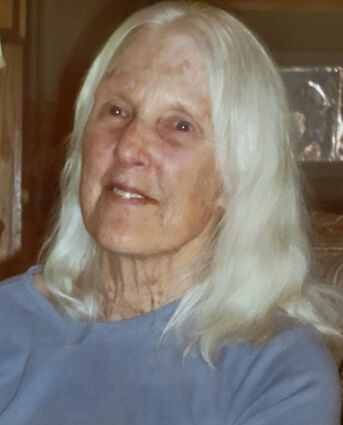 Judith "Judy" Ann (Hoagland) Plum was born on February 9, 1945 to Robert and Jean (Briggs) Hoagland, a farming family working north of Hastings, Nebraska. Judy was later joined by her younger sisters, Mary "Jan" Hoagland Cross and Nancy Hoagland. Judy went to a one-room school where she was the only student in her class until attending Hastings High School in town as a freshman. Her early educational experiences helped forge a strong and adventurous young lady.

Her involvement with 4-H inspired Judy to become part of the inaugural Peace Corps developed during the Kennedy administration in 1963. She was only 19 when she began taking steps that would eventually land her on the island of Borneo in Indonesia. Her training started on the Big Island of Hawaii, where she learned the language, survival, and cultural skills that would be invaluable. Her work on the Island of Borneo consisted of helping local people improve their protein diets and culturally exchanging ideas and ways of life. She forged many lifelong friendships through this valuable experience. Judy meticulously documented her time with journaling and photography. Upon returning to the United States, she spent years sharing images of her experiences with school children and civic groups. Judy completed her time in Borneo and decided to go home "the long way." She traveled to Greece, Italy, India, Egypt, Lebanon, France, and England, all by herself before she was 21 years old. This love of travel inspired her daughter Terri to follow in her mother's footsteps.

In 1967, Judith married Howard V Plum (a Hastings native) in Denver, CO, and they moved to a Thoroughbred Farm in Fort Collins, CO, with their new daughter, Teresa Ann. A year and a half later (1969), they welcomed Tracey Laura into the family. Around 1970, Judy and Howard purchased 10 acres of land north of Fort Collins and constructed a horse boarding facility (Plum Farms) with a competitive riding school and horse training services. For the next 14 years, they traveled to local and national equestrian competitions with many students, including their two daughters. Horses were constantly present throughout Judy's life.

"Plum Farms" was sold in 1984. The Plums moved to Waverly, CO, to enjoy the country landscape. While there, Judy began working at Colorado Animal Research. Tracey joined her there, working with research animals. This vital work had positive ramifications for animals everywhere. She loved building a better world with healthier animals.

Judy and Howard briefly moved to Red Cloud, NE, to work on a family Alfalfa Farm but returned to Colorado, where she continued working at Colorado Animal Research.

Wanting to be closer to their daughters, living in central Wyoming, Judy and Howard decided to move to Worland, WY in 1999 when they purchased a beautiful hay farm that provided a fantastic view of the Big Horn Mountains. The farm was a source of great happiness for Judy as she had a unique "Green Thumb," and her love and care of the yard and property was her passion; some often called it an obsession. Judy and Howard were instrumental in developing the Equestrian Site called "Moonrock," located west of Worland. To assist her daughter Terri with so many essential aspects that made the site possible, Judy also hosted the officials during competitions.

In 2002, Judy welcomed her precious grandson, Logan Michael Foote (Shane and Tracey Foote). Logan and "Grammy" spent many hours playing baseball, watching movies, having ice cream cones, and anything else Judy could think of to spoil her special boy.

Ever the diligent person, Judy started working for Washakie County schools as a custodian in 2003. Starting at the old middle school, then moving to the new middle school, and ending her tenure as the South Side Elementary head custodian in 2015. She loved the little ones and was always involved with school activities. She always went "above and beyond" her required duties.

Upon retirement, Judy and Howard enjoyed several winters in Kingman, AZ, at their winter getaway, where they met and built new friendships. Judy was incredibly active in politics and was a proud, lifelong Democrat. She worked hard to improve the lives around her, whether quietly donating money to school children needing clothing or supplies or helping feed people worldwide with her donations to Heifer International, a charity near and dear to her heart.

In 2017, Judy was diagnosed with Parkinson's, which had a severe impact on her quality of life. She battled this debilitating disease as best she could, but unfortunately, it left her fragile. Judy joined the residents of the Wyoming Retirement Center in 2019. She and the entire family are so thankful for the fantastic care and compassion she received from the talented staff during the most challenging Pandemic in modern times.

Judy fought hard, but Parkinson's finally claimed her life on October 17 , 2021. She was a hero to those that knew her. She influenced more people than she will ever realize. She will be forever missed but never forgotten.

Judy's remains will be cremated, with a remote memorial service planned for May 2022 with a virtual planting of favorite flowers, trees, and shrubs by those wishing to honor her. Donations can be made, in her honor, to Heifer International, a charity that helps poor people in third world countries grow sustainable food sources. Online condolences may be made at http://www.bryantfuneralhomeonline.com.