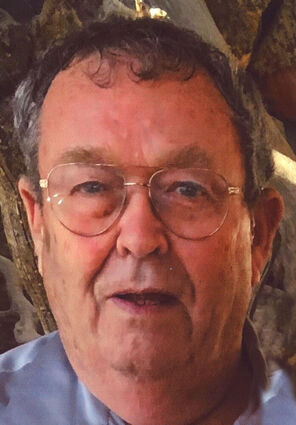 Ralph Edward Cline, 73, passed away on October 11, 2021 shortly after being life-flighted from Worland to Greeley, Colorado.

Ralph was born on March 8, 1948, to Mary Alice (Pauley) Boben and Ralph Edward Cline, Sr. in La Junta, Colorado. He graduated from Canon City High School in 1966. Following high school, he worked for the US Forestry Service on a trail crew, a job he loved, clearing the trees and building trails. He enlisted in the US Navy in May 1969 and was honorably discharged in February 1973. He held lots of different jobs over the years, but the two he talked about most were doing pest control for the Colorado Department of Corrections in Canon City and being an over-the-road truck driver that took him all over the United States. In 1992, he retired from driving trucks and started his life at home, spending time with family.

He married the love of his life, Natalie Jeanne (Stewart) Cline on June 30, 2007, having 14 blissful years of marriage. Throughout the years, they moved to several different states for Natalie's job. Ralph was always excited for a new adventure and fully supported Natalie's career. In the end, they moved back to where they started in Worland.

Ralph was preceded in death by his parents; sister, Sherie Boben Savage and mother-in-law, Dymple Stewart.

He was survived by his wife, Natalie; sisters: Connie Linam of Hays, KS; Lorita Dill of Pampa, TX; Diana (Chuck) Skerjanec of Canon City, CO; MaryLou (Bob) Thrift of Puyallup, WA; sisters-in-law/brothers-in-law: Mary (Jim) Hill of Worland; Jay (Sheri) Stewart of Maryville, TN; Nathan (Tammy) Stewart of Taylorsville, UT and numerous nieces and nephews. Memorial services will be held in Worland on April 30, 2022. Online condolences may be made at http://www.bryantfuneralhomeonline.com.