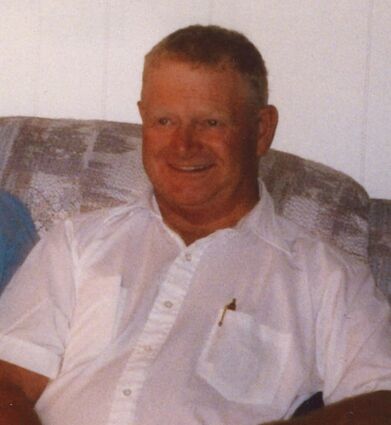 Michael Judson Gentzler, passed away Saturday, October 23, 2021 at Washakie Medical Center in Worland, Wyoming. Mick grew up in Hyattville and lived there most of his life. He spent two years in the United States Army, where he served in Vietnam. He was awarded an Honorable Discharge in May of 1968. While in the Army, he was awarded five medals: #1. Army Good Conduct Medal, #2. National Defense Service Medal, #3. Vietnam Service Medal, #4. Vietnam Campaign Medal and #5. Marksman. Upon release from the service, he returned to Hyattville, where he worked for his father as a carpenter and also for several ranchers in the area. He worked for Teton Distributor's for several years and later worked for the State of Wyoming in the Parks Department in Shoshoni. He helped build and install several of the monument historical signs around the state of Wyoming (Mick used to call them "hysterical" signs). From there, he went to work for the archaeological site at Medicine Lodge Campground, where he worked in the summer months. During the winter months, he worked for Lane's Meat and Sausage until he retired. Mick was known to be an excellent shot with a rifle and a bow. If he left the house to go hunting, he would either have a rifle or a bow in his hand. He made some outstanding shots with his .270 rifle and also with his bow. He was a joy to hunt with and fun to have in camp. He had a very quick wit, and a person had to be careful what they would say around him because he could turn it around.

He was preceded in death by his parents, Harlan and Arlene I. (Mosley) Gentzler; two brothers, Phillip who passed away shortly after birth and Gerald "Jerry" Gentzler.

He is survived by his brother, Keith (Carolyn) Gentzler of Worland; sister, Margaret "Peg" (John) Johnson of Wheatland; sister-in-law, Connie Gentzler of Sheridan; nephews: Pat Gentzler of Grand Junction, Colorado, Todd Gentzler of Olympia, Washington, Pete Gentzler of Worland and Brian Johnson of Wheatland; nieces, Karla Turner of Cody and Donna Dawson of Wheatland. He had several great-nephews and nieces, which he dearly loved and spoke of often. Cremation has taken place. Family and friends will hold a memorial service next summer and a date will be posted later. Memorial donations in Mick's honor may be made to the Hyattville Community Center or the Washakie Hospital Foundation and sent to PO Box 524, Worland, WY 82401. Online condolences may be made at http://www.bryantfuneralhomeonline.com.