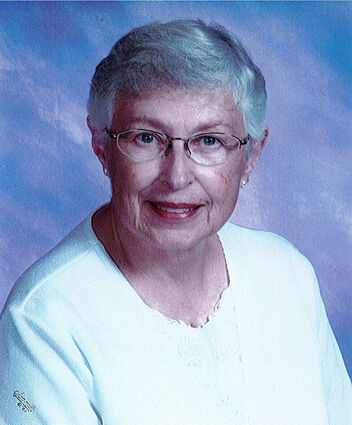 Ardis P. "Bunny" Mizner passed away on August 26, 2021 in Rancho Cordova surrounded by her children.

She enjoyed her formative years running around with her friends, affectionately known as the "Robertson Gang". She excelled in school, graduating as her high school class Valedictorian, and played the clarinet in the school band.

Her educational achievements earned Ardis an academic scholarship to the University of Wyoming. While there she was an active member in the Alpha Chi Omega (AXO) sorority. She graduated with a Bachelor's Degree and a Master's Degree in Mathematics. Shortly thereafter, Ardis was teaching high school math in Wyoming.

While at the University, Ardis also met and married her husband, Kenneth R. Mizner of North Canton, Ohio. With Kenneth soon to be an Air Force pilot, their early years involved several moves as he trained to be and served as an active fighter pilot. Their stops included Del Rio, Texas, where their son Kendahl (1966) was born and Tachikawa, Japan, where their daughter Kathryn (1968) was born.

After a three-year stop in Sacramento, California, where many current friendships and a church family were established, the family settled in Riverside, California. It was here the children were raised, and Ardis took up teaching again as she became a mathematics instructor at Riverside City College.

The next chapter of her life took her back to Sacramento where she continued to teach at both American River College and Cosumnes River College. She finished out her teaching career at Folsom High School where she taught the college prep AP Calculus course.

Wyoming is where her heart lived and where she was happiest. She will return there in June of 2022 to take up residence in her final resting place at the 2B ranch.

Ardis is survived by her son Kendahl Mizner (Kristin), daughter Kathryn Ingham (Scott) and grandchildren Kenlynn and McKinley Ingham, as well as many cousins, nieces and nephews.

Ardis' Family requests that in lieu of flowers that donations be made to: The Living Bank, P.O. Box 6725, Houston, Texas 77265

Organ donation was a strong wish and desire for mom.