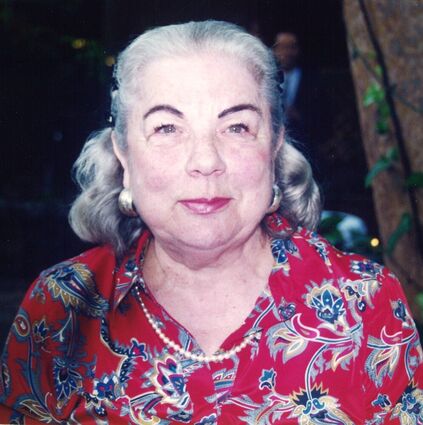 Jackie Darlene Fogelberg, 92, passed away peacefully at the Worland Healthcare and Rehabilitation Center on December 19, 2021.

Jackie was born on December 07, 1929, in Hardin, Montana to Leonard Thomas and Leone (Robinett) Washburn. She was the third of eight children. She was raised in the Ballantine – Worden area until she was 14. She then became involved in the war effort doing various jobs throughout the country. At a young age, Jackie became employed with International Readers League. Through this job she was able to travel to all 50 states, retiring some 25 years later.

In the early 1950's she married William Morris. To this union were born 2 children, William Jr. and Jackie. After 30 years of marriage, William passed away. A few years later, in 1983, she married Ellwyn "Bud" Fogelberg. Once again, she spent 30 years with the one she loved until he passed away in 2013. She and Bud had homes in Colorado and Wyoming and enjoyed spending time in both locations.

Jackie was fun-loving and generous throughout her life, always ready to lend a hand. She enjoyed traveling, golf and the quiet mountain-life in Dubois, Wyoming.

She was preceded in death by her parents, both husbands, brothers, Orviss and Dean Washburn and Doran Dvorak and daughter-in-law, Anne Morris.

Cremation has taken place and a Celebration of Life will be held in Ballantine, Montana next spring. She will always be remembered with love and joy! Online condolences may be made at http://www.bryantfuneral