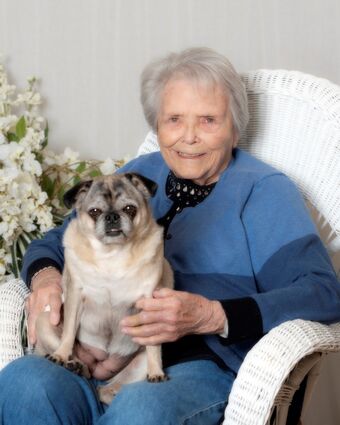 Neva Beth Cole, 89, passed away December 18, 2021. Neva was born in Jamesport, Missouri to Harry and Marilis (Macy) Wheeler on February 7, 1932. She was the youngest of two children.

Neva graduated from Jamesport Missouri High School in 1949, obtained a Bachelor of ¬¬¬Education at Jefferson Missouri College and a Master’s degree in guidance counseling at University of Wyoming.

She met Edgar Pennington and they were married in June or 1956 with Neva gaining a stepdaughter, Kathy. Three more children were born to this union, John, Bill, and Susan. The couple later divorced. She married Ernest Cole in March of 1981.

Neva started teaching in a one-room school room at the young age of 17, starting at East Junior High but spent the majority of her career at Dean Morgan Junior High School in Casper. She taught for 40 years before retiring in 1990. Neva taught as a Guidance Counselor and as a Special Education Teacher. She became skilled at teaching reading and could teach children with reading disabilities to read. Her juvenile substance abuse program, SAIL, was nationally recognized and she got to have tea with Nancy Reagan in the Rose Garden.

Neva loved traveling in her RV and saw many sights of the U.S.A. National travel wasn’t her only passion as she enjoyed trips to Europe, China, Italy and Alaska. The warm weather had a certain pull for her as she got older, so she became a snowbird, spending her winters in Arizona and summers with her son, Bill in Worland. Neva enjoyed visiting and being around people. She adored her friendships and looked forward to any gathering or social event. She will be greatly missed by many.

Neva was preceded in death by her parents, first husband, Ed, second husband, Ernest and her brother, Joseph Wheeler.

Memorial services will be held next spring at the Bryant Funeral Home Chapel with Pastor Timothy Trippel officiating. Memorial donations may be made to the New Hope Humane Society and sent to PO Box 524, Worland, WY 82401. Online condolences may be made at http://www.bryantfuneralhomeonline.com.