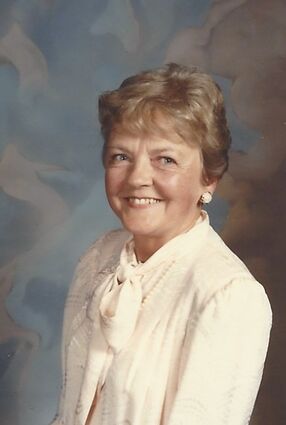 Janet Louise Scott, 89, passed away surrounded by her family on January 29, 2022 at her home in Worland, Wyoming. Janet was born on July 22, 1932 to George W. and Lorna Amelia (Geotz) Allen in Monroe, Michigan.

Growing up in Michigan, she enjoyed spending time with her friends and graduated high school in 1950. She graduated from Michigan State University where she met the love of her life, Robert Moak Scott. They were united in marriage at the Trinity Lutheran Church in Monroe, MI on September 1, 1956.

She was a member of St Luke's Lutheran Church. Janet loved all of her friends, many whom she met through the church. She also met several life-long friends playing bridge.

Janet was preceded in death by her parents and brother, Charles Allen.

Cremation has taken place and a memorial service will be held 11:00 a.m. Saturday, February 12, 2022 at St Luke's Lutheran Church with Pastor Jared Korb officiating. Memorial donations may be made to St. Luke's Lutheran Church and sent to PO Box 524, Worland, Wyoming 82401. Janet will be laid to rest with her husband in Port Huron, Michigan at a later date. Online condolences may be made at http://www.bryantfuneralhomeon