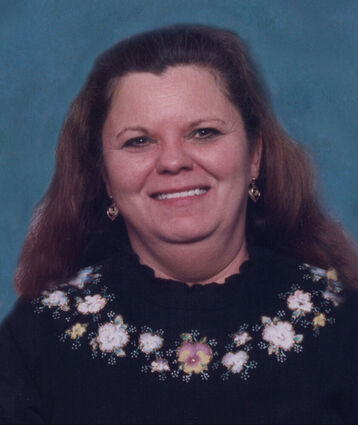 Roberta “Bobbie” Ruth Rogers passed away at her home in Worland, surrounded by her family on February 11, 2022.

Bobbie was born on November 20, 1958 in Everett, Washington, the second of six children born to Charles Roy and Nina Lee (Curtis) Cook. She grew up in Everett and in her own words, was a “bit of a rebellious teen”. Bobbie moved to Wyoming in 1975 where she met her first husband, John Sanchez. To this union was born 5 children. The couple divorced in 1989. She remarried in 1998 to Mike Linden who tragically passed in 2001. Two years later, in 2003, she married John Rogers. Their love lasted nearly two decades.

Bobbie enjoyed cooking, starting at a young age learning and helping her grandmother, Ruth Lutton, cook for her six siblings. Bobbie worked for many years at the Ram’s Horn Café and then at Maggie’s Café before taking a job with the Washakie County School District. She loved to cook for the students and enjoyed working at South Side Elementary and later, at Worland Middle School.

Her grandchildren were her everything, and she enjoyed every minute of time spent with them.

In her final years, she fought a courageous battle with cancer, but remained strong through it all. She enjoyed her birds and the beauty of spring flowers and the promise of new beginnings.

She was preceded in death by her parents, brothers, Charles and Samuel and son, Rudy “Gordo” Sanchez.

Survivors include her husband, John Rogers; son, John Sanchez, Jr. of Cheyenne, Wyoming; daughters, Ruth (Theodore) Abeyta-Sanchez of Cheyenne, Juanita Sanchez of Kirby, and Jessica Sanchez of Ft. Worth, Texas; brother, Robert Cook; sisters, Betty Lou Stanley of Maine, Penny Ann (David) Johnson of Coleville, Washington, Roseanna of Ft Angels, Washington; 15 grandchildren; 2 great-grandchildren and numerous nieces and nephews. She will be missed by many and was loved by many more.

Cremation has taken place and a memorial service will be held 2:00 p.m. Tuesday, February 15, 2022, at the Bryant Funeral Home Chapel in Worland. Memorial donations may be made to New Hope Humane Society and sent to PO Box 524, Worland, Wyoming 82401. Online condolences may be made at http://www.bryantfuneralhomeonline.com.