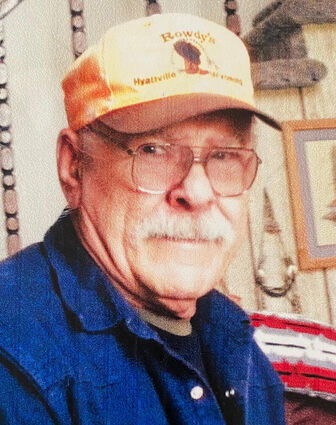 Jerry G. Naucke, 84, was born on Thanksgiving Day, November 25, 1937 to Otto and Antonio (Schear) Naucke. He passed away to be with the Lord February 19, 2022 in Worland, WY. He was born in New Salem, North Dakota. He came to Worland at the age of sixteen working on Worland's first TV line. He also worked on the building of the new road over Ten Sleep Canyon. This is when he met and married Ann E. Marton, from which four children were born. He later worked as a mechanic for Halliburton and later ran his own radiator, Diesel and repair shop Quality Service. He also worked in the Nevada Gold mines as a heavy duty equipment mechanic, and later before retiring working for Grosch Construction. He loved rebuilding his old cars and showing them but mostly, he spent his whole life being in the great outdoors of Wyoming. Hunting and fishing with his kids and his soul mate Ann or as he called her his "Annie." Jerry loved his Children and many grandchildren and great-grandchildren. He will be greatly missed by all his family.

Cremation has taken place at the Antelope Butte Crematory in Greybull and Graveside services will be announced in the spring. Arrangements have been entrusted to Veile Mortuary.