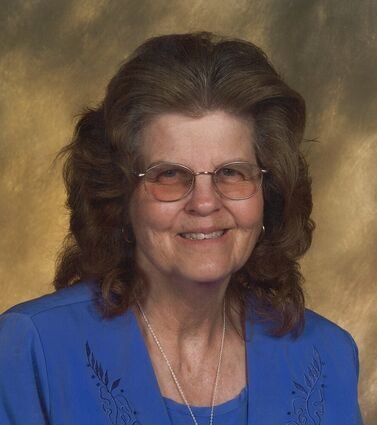 Geraldine "Geri" Dixon, 84, passed away peacefully in the Worland Healthcare and Rehabilitation Center on April 6, 2022.

Geri was born in Merced, California to Roy Veco and Maxine (Hames) Sneed on April 19, 1937. She was the oldest of five children and enjoyed being a part of a large family. After graduating from Le Grand High School in 1954, she met her future husband, J.D. Dixon. They were married on July 8, 1955 in Planada, California. To this union were born two children. In 1973, J.D. and Geri opened up their own Pest Control business in Merced and continued to run the company until 1996 when they retired.

Geri was a hard worker who was willing to help wherever was needed. She loved and cherished her family and had a special place in her heart for her grand and great-grandchildren. While in California, she was active in the Order of the Eastern Star, a fraternity that was adopted and proved as an appendant body of the Masonic Fraternity. She also enjoyed helping her granddaughter, Jessica, become a member of Job's Daughters.

After retirement, Geri and J.D moved to Worland to enjoy the small town, slower pace of life. She enjoyed family holidays and Sunday dinners, being surrounded by the people she loved. Geri had many lifetime friends that she cared deeply for.

Geri is preceded in death by her parents; husband of 53 years; son, James David and grandson, Robert Goncalves.

Services will take place 2 p.m., Saturday, April 23, 2022, at Bryant Funeral Home. Inurnment will follow at Riverview Memorial Gardens Cemetery.Memorial donations may be made to New Hope Humane Society and sent to PO Box 524 Worland, WY 82401. Online condolences may be made at http://www.bryantfuneral