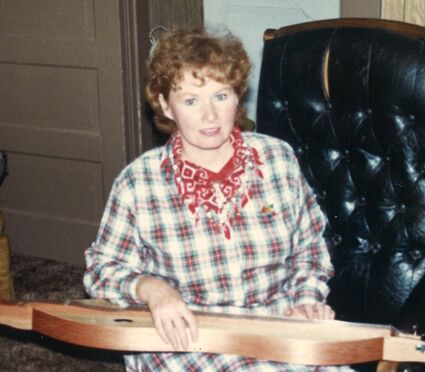 Mary Marie Newman, 82, passed away on April 18, 2022 at the Washakie Medical Center in Worland.

Mary was born, the youngest of 15 children, to Norvin "N.D." Dwight and Alfreda (Deaver) Morgan on February 1, 1940 in Gillette, Wyoming. She grew up on the family ranch 18 miles south of Gillette. She attended school in the Gillette and Sheridan areas.

She met, and soon thereafter, married Bobby Everett Newman in Newcastle, Wyoming on September 15, 1961. They had one daughter, Jannette Marie, who was born in 1962. In 1967 the family moved to Worland until Bob's job took them to Oklahoma, first to Fairview and later to Bob's hometown in Duncan. Bob retired in 1996 and the couple returned to Wyoming in 2012 to be near their daughter.

Mary enjoyed singing and playing piano, dulcimer and the omnichord. Music came naturally to her, along with the music, a sense of rhythm and beat that enabled Mary to move across a dance floor! She and Bobby enjoyed all kinds of dance steps. She loved all animals and provided homes for numerous dogs and cats. She stayed busy as a homemaker. Mary was young at heart and enjoyed life. When she got together with her sisters, the laughter was contagious!

Graveside services will be held 1:00 pm, Friday April 22, 2022 at Riverview Memorial Gardens Cemetery in Worland. Memorial donations may be made to New Hope Humane Society and sent to PO Box 524, Worland, WY 82401. Online condolences may be sent to http://www.bryantfuneralhomeon