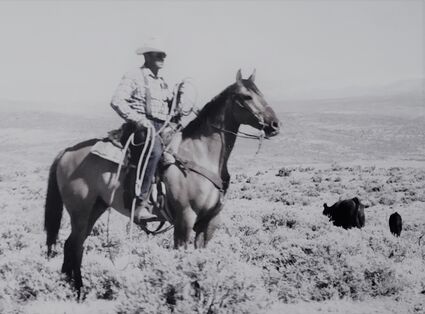 Thomas Merle Mercer was born in Basin, Wyoming on July 15, 1936, the second son to Ralph Donald and Catherine Jane (Hedrick) Mercer of Hyattville, Wyoming. The morning of April 10, 2022 was spent with family and friends at Bonnie Blue Jackets Memorial Nursing home in Basin. He passed that afternoon. Tom made his choice to walk with God in 1978 when the gospel came to the Hyattville community.

Tom attended school in Hyattville, WY and graduated from Basin in 1954. He then attended Northwest Community College where he played football and basketball on a scholarship. After graduating Northwest he attended Eastern College in Montana where he played basketball on another scholarship for one year. He then served in the National Guard in Worland, WY and went to basic training in Ft. Chaffee, AR for a year then on to Ft. Leonard, MO for another year. He came back to Hyattville where he lived out the rest of his life raising Black Angus Cattle alongside his family.

Tom had two daughters by his first marriage, Sally Hedrick and Julie Pfleger. On June 1, 1971 he married Mary Catherine Michelena. They had a son Martin Don a year later.

Tom's life was full of family, friends and cattle work. He was the 4-H beef leader for many years and was an active member of the Wyoming Angus Assoc. and the American Angus Assoc. where he sold many Black Angus bulls to cattlemen around the country. Tom and Mary turned over the ranching duties to Martin and his wife Kelli in 2010 but he remained an important role up until his last days at the ranch.

There will be a pot luck memorial service on Monday May 30th, 2022 (Memorial Day!) at the ranch in Hyattville down on the creek by the old blue roof barn on Road 48, starting at noon until the stories run out! Please bring your own chairs!

Atwood Family Funeral Directors, Inc. is in charge of arrangements.