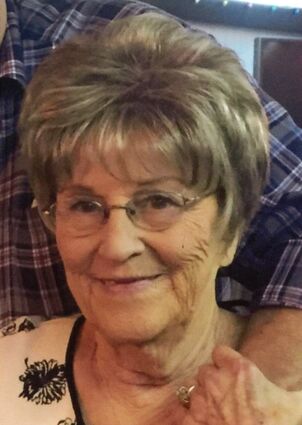 She was born June 7, 1937 in Worland, Wyoming. She was the second of four children born to John William and Rosa Alberta (Reed) Paxton. Growing up on various family farms, she spent many hours with her cousins whom she loved dearly. Delores received her education in Worland graduating from WHS in 1955.

She married Dale Williams in 1955 in Worland. To this union were born three children, Debra, Dale and Diane. The couple later divorced.

Delores married Richard Lee Wiley on October 8, 1973. She gained an additional son and daughter with this union. Richard and Delores "Lovey" enjoyed many vacations, camping, and 4-wheeling trips together with close friends. She was a daredevil and speed-demon on her 4-wheeler. She was always first as not to eat anyone else's dust. Her angel food cake with peanut butter frosting was requested at all family gatherings. She found joy in gardening and harvesting the produce each year. During the corn harvest, it was not unusual for her to have three square meals a day...of corn on the cob.

She was preceded in death by her parents, Bill and Rose; first husband, Dale; and brother, "Bill" John William, Jr.

Survivors include her loving husband of 49 years, Richard Wiley; children, Debra (Steve) Mitchell, Dean (Kathy) Williams and Diane Welch; eight grandchildren; nine great-grandchildren and one great-great-grandchild; stepson, Chad and stepdaughter, Marsha. She is also survived by a sister, Ida Watkins and brother, Frank (Cathie) Paxton, who unconditionally took care of her to the very end.

Cremation has taken place and a private family graveside service will be held in June. Memorial donations may be made to the B.P.O.E. Elks Lodge #1908 and sent to PO Box 524, Worland, WY 82401. Online condolences may be made at http://www.bryantfuneralhome