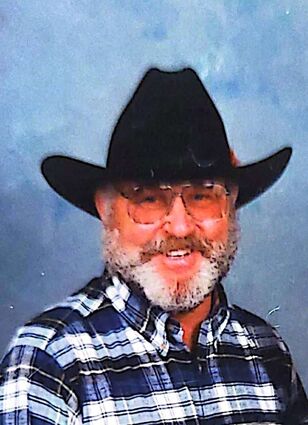 Gary Allen Robbins, 80-year-old Worland resident, passed away peacefully on April 29, 2022 surrounded by his loved ones.

At the close of this union, Gary later met the love of his life, Carolyn Garrett along with his daughter Colette who he adopted in 1970. Gary met Carolyn in Riverton when he was a Pepsi route driver. Soon after they wed in the United Methodist Church on September 5, 1970. The couple moved to Casper, where they resided for a few years. While here, their son Bain was born on June 15, 1973. Two years later in 1975 they moved to their final spot in Worland. Gary worked as a roustabout and truck driver for several companies the next few decades. During the 1980s Gary enjoyed spending time stock car racing. He was known for his 08 Green Oscar the Grouch stock car, which won several awards. Gary loved working or tinkering on anything and everything. One of the biggest projects that he took pride and joy in was his truck "Sweet Pea". He and his dad worked on this 1964 International pickup truck and later he had it restored. This was his baby. He entered her into several car shows and won numerous awards.

Gary loved traveling around the United States with his love, Carolyn. One of his fondest memories traveling was when they drove back to Nashville, Tennessee to the Grand Ole Opry. Gary enjoyed spending his Sundays gathered with his buddies at church. Any chance he got he wanted to be surrounded by his grandchildren where they could play games or he could teach new things because anyone that knew him, knew that was his pride and joy. Gary was a special man who would have given a hand to anyone in need. There was no such thing as a stranger in his world; he knew everyone. His laugh and jokes filled any and every room he entered.

Graveside services will be held 11:00 AM on May 21, 2022 at Riverview Memorial Gardens Cemetery. Memorial donation may be made to Wyoming Pitbull Post Rescue and sent to PO Box 524, Worland, WY 82401. Online condolences may be made to http://www.bryantfuneralhome