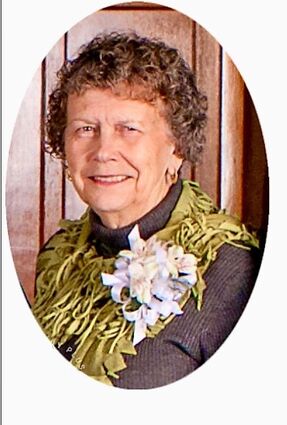 Iris Glynn (Roberts) Bell passed away peacefully, surrounded by loved ones, on April 30, 2022. Iris was born on July 16, 1934 to Joseph W. and Clara Mae Roberts in Kelly, Louisiana. She spent her childhood with her beloved brother, William Joseph (Billy Joe), and sister Catherine (Cathy). She grew up in Lake Charles, Louisiana and graduated from Lake Charles High School in 1952. While in high school, Iris participated in the Kilties, a precision marching team and had the opportunity to perform in the 1949 Sugar Bowl. After high school, Iris attended Tulane University in New Orleans, where she studied nursing. In the summer of 1953, Iris's family moved from Lake Charles to Colorado City, TX for her father's job.

While attending church with her family in Colorado City, TX, Iris met Jimmy Ray Bell, and they married on August 8, 1953 in Lake Charles. Jim and Iris had 4 children: William (Bill) Ray, born October 31, 1954, Martha Louise, born December 10, 1955, Stephen (Steve) Douglas, born December 16, 1956 and Robert (Bob) Scott born August 28, 1960. Iris stayed home and cared for her children until they were established in school. Jim and Iris moved their family to Worland, WY in the summer of 1962.

After her children entered school, Iris held a variety of positions throughout her career. No matter what role she started in, Iris worked hard and gained more and more responsibility. In 1968, she started as a teacher's aide and worked her way up to be the school secretary at East Side Elementary in Worland, WY. Iris moved on to Hake Agency Insurance where she worked as an office manager for a number of years. In 1980, Iris and Jim moved to Houston, TX, where she started working for EF Hutton. At EF Hutton, she worked very hard to get her stock broker's license, became a Compliance Officer, and eventually she became the Assistant Vice President and Operations Manager for the branch. In 1993, Iris and Jim moved back to Worland. Although Iris was technically retired, she turned her time and talents to her community. She was active in the Hospital Auxiliary, participated in Friends of the Library, served on the Worland City Council, and always had good advice for the Investment Club.

Iris also devoted herself to her local church. She loved and served the body of Christ as a Sunday School teacher, a girl's mission club leader, a choir member, and as a mentor to many young women. She was a kind and caring friend, and she often reached out to people who were going through difficult times. At the time of her death, she was a member of Big Horn Independent Baptist Church.

Iris is preceded in death by her father and mother, Joe and Clara Roberts, her sister Cathy Roberts Sonnier, her son Bob Bell, great-granddaughter Isabelle Jean Bell, and great-grandson Steven Apodaca. She is survived by her husband of 68 years, Jim Bell, brother Bill Roberts (Mary), sons Bill Bell and Steve Bell, daughter Martha Bell Lawley (Roger), 7 grandchildren (Bucky Bell (Kari), Sienna Bell, Christine Bell Houser, Steve Bell, Amber Lawley Rutsey (Keith), Katie Lawley Schmeltzer (Nate), and Taylor Lawley (Cayley)), 15 great-grandchildren, two great-great-grandchildren, and numerous nieces and nephews. Iris had two great loves in her life, Jesus Christ and her family. Everything she put her hand to was an overflow of her love for God and her family. Iris will be deeply missed by her family and friends, but we rejoice in the hope that is found only in Jesus Christ that we will see her again.

A Reception with the family to share memories and celebrate the life of Iris will be from 5-7pm, Thursday, May 5, 2022 at Veile Mortuary, 301 South 8th Street in Worland. The Funeral Service will be held at 11am, Friday, May 6, 2022 at CrossPoint Baptist Church, Washakie Campus, 821 South 15th Street in Worland. A Graveside Service will follow at Riverview Memorial Gardens Cemetery in Worland. In lieu of flowers, memorial donations may be made to Global Hunger Relief c/o Veile Mortuary, P.O. Box 730 Worland, WY 82401. Arrangements have been entrusted to Veile Mortuary.