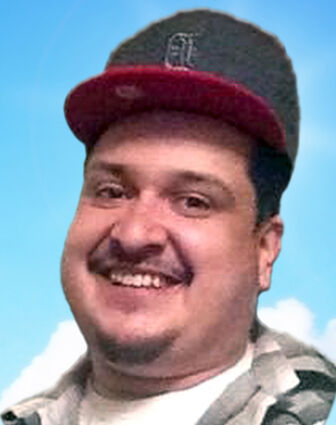 Luis Deniz Jr. left this world too soon, at the young age of 34 on June 12, 2022. He was born on August 8, 1987 to Luis and Maria Deniz in Worland, WY. Luis was a son, a big brother, a father, a godfather, and an incredibly loyal friend. He was dedicated to his family and close friends whom he treated as family. Luis was the first born of four siblings and he loved his siblings very much. He had a special relationship with each of them. He would do anything for his family, he always gave more than he had. If you needed him, he was there, no questions asked.

Luis' life was changed forever when his first son came into this world on March 11, 2013. 'Little Luis' was the light of his life, his absolute best friend. The two were inseparable and he did everything he could to give his little boy the best life. On August 30, 2018 his second son Gabriel was born, there wasn't a day that went by that Luis didn't think of them.

His nieces and nephews held a very special place in his heart. He had a nickname for each of them and would spend hours playing with them. Luis' personality was larger than life, he never met a stranger. He was the life of every get-together. You could always count on him to bring the music to any party, even if it wasn't supposed to be a party. He had a passion for DJing and enjoyed watching others have a good time with his music. He was always down for a carne asada, just like his Dad! Weekends and days off you would almost always find him celebrating any occasion with family and/or friends, telling jokes, making everyone laugh. His smile would light up every room, his laugh was infectious.

Luis was employed by Crown Cork and Seal at the time of his death. He had worked for Wind River Seed and Wyoming Sugar in the past and also worked a couple of years in construction. He was a hard worker, with a work ethic that his father had instilled in him. Nunca se rajaba el Chito.

He was preceded in death by his father Luis Alberto Deniz Guitron, his paternal grandfather Luis Deniz Ramirez, his maternal grandparents Victoriano and Elisa Martinez, cousin Ricardo Deniz, aunt Alicia Deniz Guitron, uncle Francisco Frausto Espinosa. He is survived by his sons Luis and Gabriel, his mother Maria, his sisters Elizabeth and Evangelina, his brother Jimmy, his two brother-in-law's Aaron and Eduardo, his nieces and nephews Adalina, Giovanni, Remi, Adelaida, and Emmari, his cousins whom were like brothers to him Antonio, Armando, Ricky, Pancho, Ortiz and numerous aunts, uncles, cousins and friends.

The Mass of Christian Burial was held 10:00am, Saturday, June 18th at St. Mary Magdalen Catholic Church with Fr. Robert Rodgers as celebrant. A graveside service followed at Riverview Memorial Gardens. Arrangements have been entrusted to Veile Mortuary.