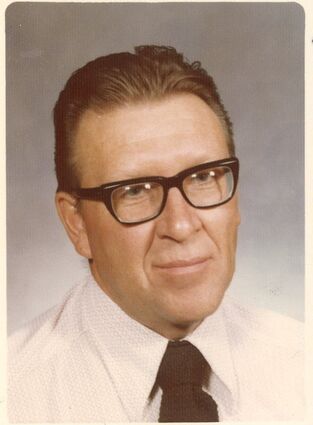 Donald Clyde Fowler, 92, passed away Monday, June 27, 2022 at the Worland Healthcare and Rehabilitation Center. He was born on January 26, 1930 in Basin, Wyoming to George Clyde and Felma (Leithead) Fowler. He spent the first five years on the Lower Nowood and attended first grade at the old Bader School. His family then moved to Lovell where he graduated from Lovell High School in 1947.

Following graduation, he attended Utah State for a year. He then enlisted in the US Army and was stationed at Ft. Lee, Virginia. After serving for three years, he was honorably discharged and returned to Wyoming. He attended Northwest Community College as well as the University of Wyoming, earning a degree in Geology. After working in the oil industry for several years, he returned to school and received his teaching certificate. He taught at Rampart School in Colorado for a year before returning to Wyoming where he taught at Worland Middle School for the next 29 years.

Don married Mary Jo Gibbs on June 3, 1966 in Denver, Colorado. They were later sealed in the Billings, Montana Temple. He was an avid hunter, fisherman and outdoorsman. He was devoted to his family and loved them dearly. He loved his Labrador dogs of all colors. He and Mary Jo traveled extensively during retirement, visiting many places in the US, Canada, Mexico and Europe.

Don was preceded in death by his parents, and his son, Rodney Fowler.

Memorial services will be held 10:30 a.m., Friday, July 8, 2022 at The Church of Jesus Christ of Latter-day Saints in Worland. Inurnment with Military Honors will be held at the Lovell Cemetery at 3:00 PM. Memorial donations may be made to Worland High School Athletics Dept. and sent to PO Box 524, Worland, WY 82401. Online condolences may be made at http://www.bryant