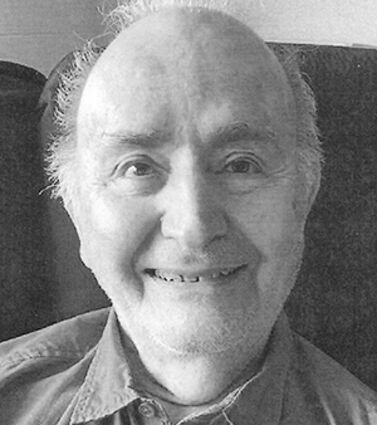 He graduated from Sheridan High School in 1953. He loved playing American Legion baseball in Sheridan, and was a part of the Wyoming State Championship team in 1963.

Following high school, Chris went to work for CB&Q Railroad in February of 1955, working as a Telegraph Operator/Agent until coming to Worland, WY.

Chris served in the U.S. Army from May 1957 to May 1959, being honorably discharged. After his military service he returned to Worland. In February 1961, he, with his father and brother Frank purchased Scotty's Cafe. He established Ram's Horn Cafe on July 21, 1965, which he owned until retiring on May 2, 2011.

Chris married Glenna Jeanne Shaw Elliott on Oct. 14, 1967, in Worland. They had a traditional Greek wedding, much like in the movie My Big Fat Greek Wedding.

Chris was an avid chess player, hosting many Back of the Café chess games with Alex Healy and Dave Mouat, as his oldest daughter fondly remembers. He also hosted games of Euchre in The Other Room with Jack, Felix, Drawbar, Fred and others, as well as a 'friendly' game of poker, on occasion, with a variety of friends. He was quite the card shark and loved Las Vegas. Most vacations were spent in Las Vegas, NV.

He was preceded in death by son Chris Vilos III, daughters Sara Lynn Vilos, and Stacey Nicole Vilos; his sister Elaine Marie Laird; and his mother and father.

A Vigil will be held Wednesday evening, July 13th at 7:00PM at St. Mary Magdalen Catholic Church, 1099 Charles Avenue, Worland, WY 82401. The Mass of Christian Burial will be held at 11:00AM, Thursday, July 14th at St. Mary Magdalen Catholic Church. Reception time and location are being confirmed, will immediately follow Thursday's service. Arrangements have been entrusted to Veile Mortuary.