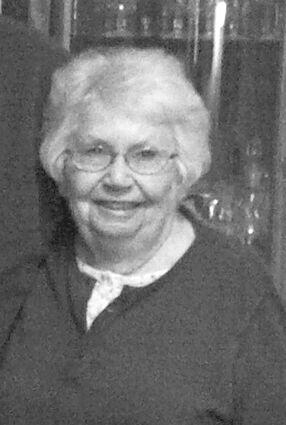 Cynthia Kay Rideout, 81, passed away in Billings, Montana after a short battle with Covid-19.

She was born to John Henry and Mary Elizabeth (Bott) Miller in Worland, Wyoming on March 4, 1941. Cynthia was the middle of three children. She spent her youth growing up on a farm, helping her parents raise crops and animals and discovering a good work ethic at a young age.

She attended schools in Worland where she was known as a shy but friendly student who especially enjoyed classes such as Home Ec and FHA.

After graduating Worland High School with the Class of 1959, she fell in love and married Randall Duane Rideout on December 2, 1962. This union brought three sons and one daughter.

She had an in-home daycare for several years and there was no child she couldn't love. She later worked as a bookkeeper for Jon's IGA for several years until her retirement. She was a wizard with cooking and baking and never complained about taking care of the household, even after a long day at work. She never said no to a stray cat and spoiled her beloved basset hounds. She was always doing special things for her kids and was the best mom anyone could ever ask for.

She liked to go camping in the mountains, enjoying family time by the campfire and also taking gambling trips to Riverton and Deadwood. In her later years, she enjoyed watching the birds in the yard, watching game shows and old westerns, and spending time with her grandkids and pets, especially her grand-pup, Snickers.

Cynthia is preceded in death by her parents and sister Nadine Holder.

Graveside services will be held 10:00 AM, Monday, July 18, 2022 at Riverview Memorial Gardens Cemetery in Worland. Memorial donations may be made to New Hope Humane Society and sent to PO Box 524, Worland, Wyoming 82401. Online condolences may be made at http://www.bryantfuneralhome