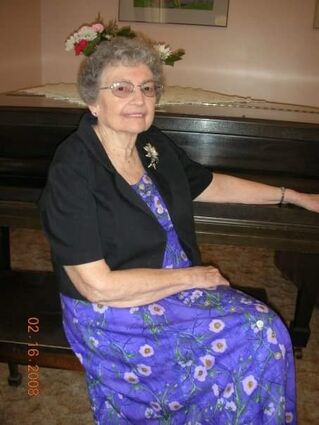 November 19, 1946, she married Hugh A. Willard Jr. Eula Jene spent the next several years raising her family on a farm north of Worland. When the children were in high school, she went to work for Vocational Rehabilitation, where she worked for 11 years. The couple spent several years traveling in their RV and enjoying the companionship of Good Sam members. Later she and Hugh lived and worked at Meadowlark Lodge in the Big Horn Mountains. She also worked as a foster grandparent and para-educator in the Worland school district.

She was a member of the Worland Does holding several leadership positions. She was involved in the Worland Community Players acting in many local productions.

Eula enjoyed reading and working word puzzles until she began to lose her vision to macular degeneration in 2009.

Eula Jene was preceded in death by her husband of 57 years, two brothers and a sister. She is survived by her children, Al Willard (Carla) of Worland, Helen Warpness (Ron) of Riverton, Wyoming, and Valeta McClain (Danny) of Henrietta, Texas, 7 grandchildren, 17 great grandchildren and 2 great-great grandchildren.

In lieu of flowers, donations may be made to Worland Methodist Women or Help for Health Hospice Home in Riverton, Wyoming. Please send checks to P.O. Box 524 Worland, WY 82401. Online condolences may be made at http://www.bryantfuneral