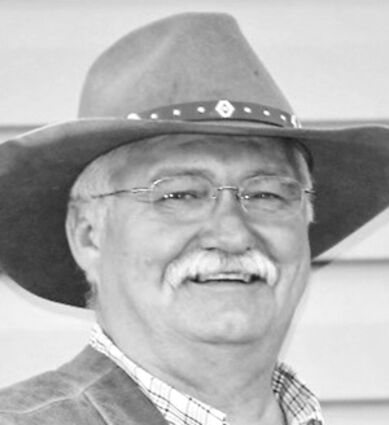 Fred Wayne Frandson, 60, passed away in his home, surrounded by family after a short, unexpected battle with cancer on August 1, 2022 in Worland, Wyoming.

Fred was born in Greybull, Wyoming to Elmer George and Margaret Pearl (Hoss) Frandson on January 14, 1962. He was the youngest of three siblings, Darrell, Larry and Anita.

At the age of five, Fred and his family moved to Staples, Minnesota where he attended school and graduated in 1980. He attended college briefly, coming back to his family home to care for his father during his last days.

Fred then went to work at Gold's Turkey Farm for several years, thus causing him to hate eating turkey for the rest of his life. Yes, he even refused to eat it on Thanksgiving!

Fred enlisted in the United States Marine Corp in 1986, serving for five years with many honors and was part of Desert Shield. In 1989, Fred married his high school sweetheart, Lorie. After his time of service was complete, he left the Corps as a sergeant and moved his young family to Wyoming to set down their roots. He began his career soon after establishing a home in Worland with Oilind Safety as an Oilfield/Industrial Safety professional, and in 2001 he and his wife purchased a company and established Frandson Safety, Inc.

Through his determination and hard work, he opened offices in Worland and Gillette, Wyoming and was operating a successful business at the time of his death. Fred was an active member of Grace Lutheran Church, where he served as a council member for several years. He participated in the API Scholarship Golf Tournament for over 20 years and was a coordinator for the event for many of the tournaments.

He was a county commissioner for 6 years and loved being able to help his county while serving on many boards.

Fred had a heart of gold and helped anyone who needed it and enjoyed volunteering for the Washakie County Fair Rodeo. Fred loved the great outdoors and was an avid hunter and fisherman. He spent many wonderful days camping or going for side-by-side rides with family and friends. His favorite places to escape were the mountains of Wyoming or the lakes of Minnesota, creating a lifetime of memories. He enjoyed traveling with his wife and dear friends in later years. His stories and use of colorful language made him the life of the party, and usually the bartender as well! His greatest source of pride were his children and grandchildren whom he loved fiercely. He never missed an opportunity to brag about them and getting promoted to the title of "Opa" was one of his proudest moments. He will be missed by many, and all who knew him will never forget his passion for family, friends and life.

Fred was preceded in death by his parents and brother Darrell Mull.

He is survived by the love of his life, Lorie; children: Vanessa (Josh) Keller, Logan (Megan) Frandson and Shane Frandson, all of Worland; siblings: Larry Frandson of Cody, Wyoming and Anita Coleman of Worland; grandchildren: Harper, Dayton, Kyson and Willow.

Memorial services will be held 10:00 AM, Friday, August 5, 2022 at the Washakie County Fairgrounds with Pastor Tim Trippel officiating. Military honors will be provided by the U.S. Marines, American Legion Post 44 and the Patriot Riders. Memorial donations may be made to Washakie County Youth Alternatives and sent to PO Box 524 Worland, Wyoming 82401. Online condolences may be made to http://www.bryant