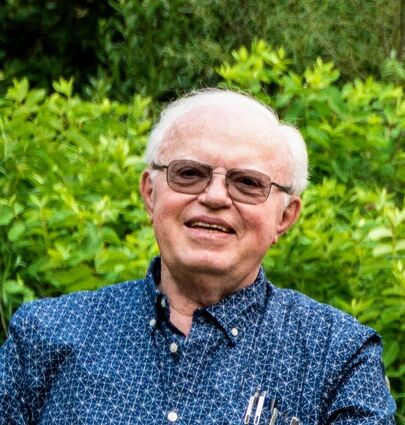 Harold Stidolph, born July 1, 1943 in Malta, MT, passed away on Sunday, April 10th, 2022. He was the first of eight children born to Ethel and Dennis Stidolph. In 1954, age 11, grade 5, he stood up in a Friday night gospel meeting led by Charles Preston at Geraldine Convention in June as a declaration he wished to be included in the faith both his parents and Grandma and Grandpa Chanlund had embraced. That choice never wavered for the rest of his life.

He is preceded in death by his Chanlund grandparents, both of his parents Ethel and Dennis, and his brother Lowell. He is survived by 6 of his siblings: Jerri, Roger, Ed, Bette Lu, John, and Ronda, his wife Gail, his three children: Kendra, Garth, and Maren, and four grandchildren: Griffin, Harrison, Maclin and Harper.

Harold graduated Worland High School, Worland, Wyoming in 1961. He received his BA degree in 1965 and was awarded a MA in Music Administration in 1968 from Colorado State College in Greeley. In June of 1965, Harold married Gail Barber and became a resident of Carlsbad, California. Harold and Gail were married for 57 years.

Harold began his working career as a teacher in CA. He then opened a florist and gift shop with his wife Gail, and then ran an eldercare business for over 30 years caring for the frail elderly. Harold was a member of the Carlsbad Rotary Club for many years and worked with various arts organizations in Carlsbad, CA throughout the years. Harold also served as the President of the Board of the San Diego Youth Symphony.

Harold's interests and passions were largely creative and arts-related. He was an accomplished musician, a writer, painter, designer, woodworker, chef, and gardener. He could make anything with his hands and loved working with fabric and textiles. He made a shirt when he was a child and continued to sew costumes and clothing up until his passing. He loved the theater and the performing arts and worked with countless productions throughout his life.

His mother summed it up pretty well one time when she quipped, "Harold, it's not that you don't know what to do...you just know how to do too many things!" We will miss you.

There will be a Memorial Service at the Basin Mount View Cemetery at 2 pm on Friday, August 5, 2022. Lunch will be served at the Basin First Baptist Church Gymnasium at 3pm. Address: 21 WY-30, Basin (east of the Cemetery). All friends of the Stidolph family are welcome.