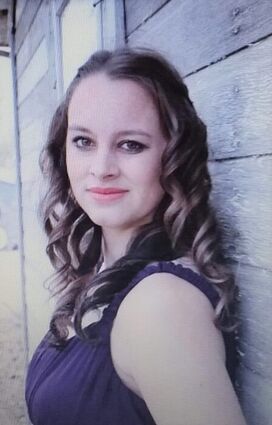 Carlene Dawn Brown, 22, was tragically taken from this world on August 16, 2022 within her home in Worland, Wyoming while carrying her son Colin Michael Brown. She was born to Donald Christian Brown and Andrea Michelle (Buchanan) on April 4, 2000 in Worland, Wyoming. She was the light of all that knew her. One of her friends stated that when life gave her lemons, she'd make lemonade. Carlene graduated from Basin High School in 2019. She was very athletic, enjoyed school and helping cheer on her fellow classmates. After her daughter was born, she became a Riverside Rebels Volleyball player and excelled at it. She loved dancing ballet, singing in the choir, playing flute in the band, and managing the girls' basketball team. She was a great actress in all the drama club plays. Carlene bravely faced all the trials that life gave her. Carlene always had a smile on her face and was willing and ready to help anyone that was in need. She was a wonderful mother. One of the highlights of her life was becoming a Manderson Volunteer Firefighter for a year and a half. She never backed down from a challenge. Even though people ridiculed her for it, she would rescue cats and dogs and would do everything she could to keep an infant cat alive even if she knew it wouldn't survive.

A funeral Service was held August 22, 2022 at CrossPoint Baptist Church in Worland. Burial was at Donald J. Ruhl Memorial Cemetery in Greybull,

Wyoming. Arrangements have been entrusted to Veile Mortuary.