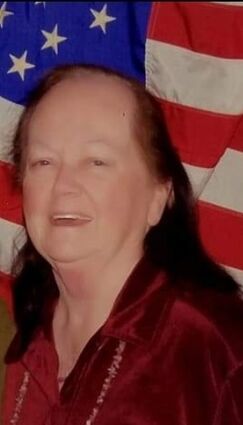 She was born to the late George and Hazel Post in Auburn, New York, then raised in Weedsport. She is preceded in death by her husband of 30 years, Val Jean Crumley and family; as well as her children Jeffrey Robert Faatz (AKA Kojak) and daughter Dianne Marie Faatz. She is survived by her daughter Kathleen Mary Faatz, son Michael Albert Faatz (Diane), grandson, grand-daughters, great-grandson, great granddaughters, two sisters, niece, and nephews.

Her battle with metastatic cancer was very short-lived... She left her earthly vessel while in the care of the wonderful staff at the Billings Clinic Hospital in Montana with Kathleen at her side comforting her through the final stage of her journey.

Born in 1936 and raised in upstate New York until she was 40, she was a devoted daughter, wife, and mother to her 4 children. Her spare time was spent volunteering for the Poplar Ridge NY ambulance service. She played the piano and roller-skated from an early age and was quite gifted at both. She would load up the kids, along with other people's kids, and go into Auburn every Wednesday night for hours at the skating rink. She was the go-to Basketball and Baseball mom that all the kids would pile into the Volkswagen Bus and head off to the games. She was always right there to cheer them on... In 1976 she left the jobs of fulltime Mom and part time Ambulance volunteer and embarked on a journey west for a new adventure in Worland, Wyoming. This is where she would finish her life's work raising 2 of her children with 3 additional stepchildren, while working fulltime to help provide for the family. Life became extremely challenging, but she always rose above and beyond, which is what instilled such a strong work ethic with a fighter's spirit within her daughter Kathleen. She always put 100% of her heart and soul into everything she ever did. Doing something half-assed was never an option. She brought smiles, hugs and love to everybody she came in contact with; many a youngster called her 'mom' because she was always helping in any way she could. Her friends were true and plentiful, some who spanned over 80 years and never lost touch. She was blessed with a gentle and kind spirit, unless you crossed her, then watch out for the mama-bear to come out and attack. She worked around Worland at places like V1 Oil, A&W, Gottsche Rehab, Sally's Pizza and the Hospital for many years. Her daughter Kathleen had started JK Transports in 1998 down in Colorado at which point she retired from the hospital so she and her husband Val could move down there and help run the company for a few years. That was a beautiful bonding time as they lived and worked very closely together to create a strong company. But after a few years, they were both badly missing Wyoming and their friends, so they opted to pack up and head back north to Wyoming. She then worked at Pascalite Clay until she retired at the age of 79. She was also the local seamstress for many years around town for pennies as she loved doing things for people and keeping her hands busy. She joined the Fraternal Order of The Eagles Auxiliary almost 30 years ago, was their Chaplain for 16 years, Membership Chairman for 3 years, sent the membership birthday and sympathy cards, and was 100% active with all fundraising activities. She was also a member of the American Legion Auxiliary for almost 35 years. If there was a fundraiser going, you could find her smack dab in the middle of it helping out.. from Meg's Gorgeous Gal's Breast Cancer Gala to the Hospital Ice Cream Social Benefit and anything in between.

She and Val had 3 beautiful decades together with many adventures of their own. While they were together, she converted from the Presbyterian faith to his Catholic faith. She has always been a child of God, a faithful believer and devoted servant, knowing that one day she would be called home to be reunited with her loved ones who have gone before her, and our Lord Jesus Christ.

Please join us for her Memorial Service to be held at the St. Mary Magdalen Catholic Church, 1099 Charles Avenue in Worland by Father Robert, and for her Celebration of Life and feast to follow at the Eagles, 701 S. Railway Avenue. The date and time are tentatively set for November 2nd at 4:30 and 6 pm respectively. In lieu of flowers, donations may be made to the Worland Senior Center or to the Eagles Auxiliary #3096 c/o Veile Mortuary P.O. Box 730 Worland, WY 82401. Arrangements have been entrusted to