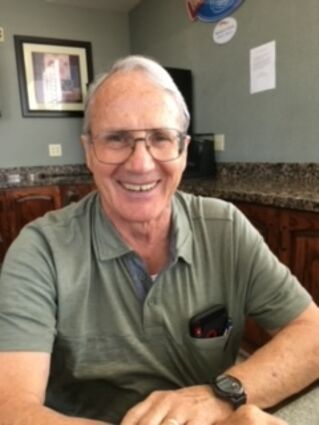 Wayne Fehlberg passed peacefully on September 23, 2022 in Ogden, Utah. Wayne was born in Provo, Utah to Siegfried and Mary Tully Fehlberg. The family later moved to Lovell, Wyoming and then to Worland, Wyoming, where Wayne and his four siblings were raised on the family's farm. Wayne was a 3-time Wyoming state wrestling champion and went on to wrestle four years for BYU. Wayne always looked more like a scholar than a scrappy wrestler, earning him the nickname "the little professor" on the BYU wrestling team.

He graduated from BYU in May 1972 with a BS in Statistics. After graduation, Wayne served a 2-year mission for the Church of Jesus Christ of Latter-Day Saints in the Central American countries of Costa Rica, Nicaragua, Panama and Honduras. Following his mission, he returned to BYU to complete a MS in Applied Statistics.

Wayne married his beloved Merlene Olsen in 1975. They moved to Saudi Arabia in 1980, where they lived for over 10 years. While there, Wayne served as an LDS Bishop. Wayne and his family finally settled in Citrus Heights, California, where they finished raising their 5 children.

Wayne was known as a devoted husband, a walking encyclopedia, a father to those who needed one, a Scoutmaster, a mentor, a wrestler, a loyal brother and uncle, and a man of faith.

A memorial service will be held 5 PM, Thursday October 13, 2022 at the Church of Jesus Christ of Latter-Day Saints, 2339 W 1900 S, Syracuse, Utah. Graveside services will be held at the Ten Sleep Wyoming Cemetery on October 15th at 10 AM. Online condolences may be made at http://www.bryant