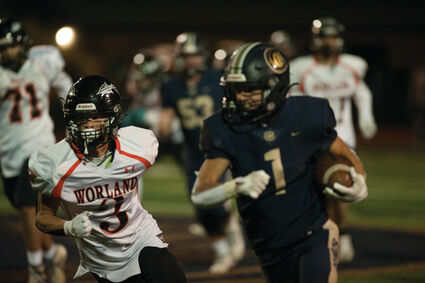 WORLAND - For the fourth-straight season, the Worland Warriors football season ended at Cody High School as the Broncos eliminated the Warriors from postseason play.

Traveling to Cody on Oct. 28, the Warriors took on the two-time defending 3A state champion and No. 1-seed Cody Broncs. While the Warriors fought to the bitter end, ultimately, the Broncs prevailed 63-14.