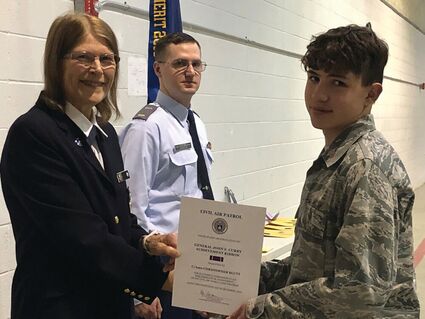 TEN SLEEP - With his parents and brother watching, Civil Air Patrol (CAP) Cadet Christopher Blutt of Ten Sleep was awarded his first grade of airman in the CAP cadet program.

Cadet Blutt joined the squadron this fall and took tests in leadership, physical fitness, and drill along with a wingman character development lesson to be promoted within two months of joining. He was one of seven cadets...