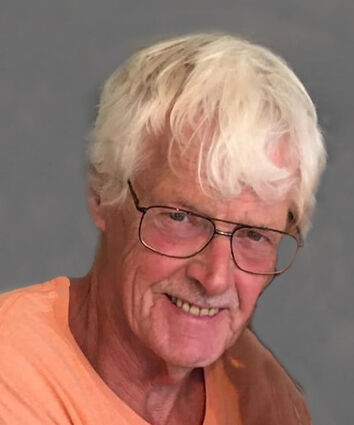 Philip Ernest Johnson made another one of his fast getaways when he went to meet his Lord on December 30, 2022. He came into this world on June 24, 1946, the son of Claire and Ejnar Johnson. Home was Monroe, Washington where he, his brother, and his sister spent an entirely wonderful kidhood there, and at the cabin on Lake Roesiger. He graduated from Monroe High School in 1964.

Phil spent a few months in the Army in Texas until a back injury gave him an honorable discharge in 1966 for medical reasons. He then took a drafting course that landed him a job at Boeing for some time.

In 1974 he married Kathe Groom, but they divorced two years later. After that he spent almost a year enjoying the sun in Hawaii.

He married his faithful wife, Terry (Elledge) Smith, in 1986 and they restored and lived in an older home on Florence Acres Road. He worked construction, painted bridges, and did roofing. During this time, Phil continued to suffer back pain and Terry was diagnosed with MS and passed in 1994.

Those conditions, and one other, led Phil to his infamous life of crime as a bank robber. Instead of paying the bills it bought him 40 years in a federal prison. In October 2019, after serving only 30 years, he was released with five years parole and went to Ten Sleep, Wyoming to live with his sister. After only three years of parole, he was released completely. A week later, in mid-November, he suffered a stroke.

It was truly amazing how easily he adjusted to his new life after such a legendary career, and he entered it with gusto. Eh saw everything with wonder and couldn't wait to burn the paper trash so he could start a fire. Getting into the pool at the hot springs made him grin like a kid and just seeing and holding kids made him grin even bigger! A year after his release, he became a homeowner in Worland, Wyoming. The lot he bought also had a tenant house, so he became a landlord as well. He worked here and there at odd jobs. What an accomplishment!

He loved the Lord and knew scripture like no one else. He played guitar and put scripture to music so he could sing his praises. He also loved people and accumulated many friends in his last three years of freedom. He knew everyone's names and used them. He called distant friends often. Prisoners do not have cell phones, but when he was given one of his own, he mastered it in short order. One special thing was to get to know his nearest grandnephew and niece, who were very dear to him. He was so good to his family.

He called an old school chum in another state that he could talk with about the Lord. His chum had a little sister who also loved the Lord, so Phil called her and got acquainted. Over time, these frequent phone calls blossomed into true love. Thank goodness, Phil was able to drive to Washington in August to meet his dear Anita Both face-to-face. Our family is so grateful to her for making him so happy.

Phil had a funny bone and a knack for witty comments. He could tackle any project, problem, or puzzle. Phil was the ultimate in what we call 'handyman', and unlike many of us, he had a phenomenal memory as well.

Memorial services will be held at Sovereign Grace Bible Church (1220 Culbertson in Worland) with Pastor Paul Thomas officiating. Dates are pending. Online condolences may be made at http://www.bryant